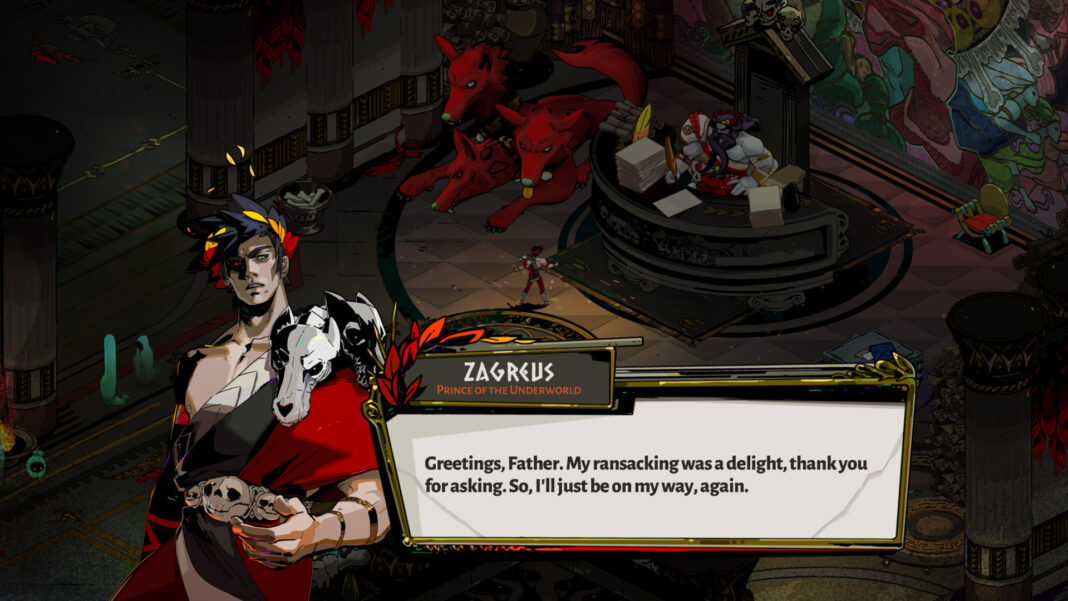 With the release of version 1.0, developers of Hades have added the true ending. Some spectacular action goes down and big revelations are made. In this guide, we will take you through the true ending for Hades. It goes without saying that this article contains major spoilers for the True Ending for Hades so read on at your own risk. You have been warned!

Hades True Ending and How to Get It

Not too long ago, Supergiant Games released version 1.0 of Hades. Among a ton of changes, fixes, and tweaks, developers also added the true ending for the game. This ending is the one that will carry on to future installment or content updates for Hades. Once again, we are warning you of spoilers.

At the end of the game, Zagreus and his companions take down Hades and go through a portal. The game then explains that we are no longer in the underworld but instead Greece. Our lead character goes through the snowy section as usual after the Hades boss fight. Zagreus sees the sun for the very first time which is presented as a special moment in his life since he never knew the time of day in the underworld. The scene then takes Zagreus to meet his real mother, Persephone. The meeting doesn’t last long as Zagreus dies again and wakes up back in the underworld. It seems Zagreus can not live on Earth like mortals or even gods.

If you need more help with the game check out the Hades Wiki section. We constantly update it so check back later in case you don’t find what you’re looking for.