Home Guides Hades Hades Keepsakes Guide – How to Get, Best Keepsakes to Find 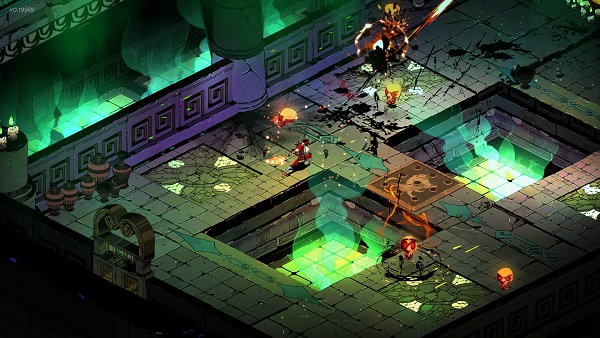 There are over a dozen Keepsakes in Hades that provide players with a range of benefits. These can be increased HP, damage reduction, increased ranged damage, among many others. To unlock Keepsakes, you’ll need to gift Ambrosia to in-game characters.

To earn Ambrosia, you’ll need to kill enemies that are behind locked doors with a golden vial (Ambrosia’s symbol) engraved on them. Once you’ve accumulated enough Ambrosia, you’ll be able to gift it to any character of your choice to acquire the Keepsake. In this guide, we’ve detailed everything you need to know about how to acquire all the new and old Keepsakes in Hades alongside their effects.

How to Unlock All Keepsakes in Hades?

With the official release of the game, there are now a total of 23 Keepsakes that can be earned in Hades. However, before you can start gifting people with Ambrosia, you’ll need to do a few things first.

You’ll first need to speak to Hypnos and Nyx in the House of Hades. Another important thing to note that some characters like Aphrodite, Zeus, etc. will require you to interact with their Boons before you can gift them. As for Sisyphus and Charon, you’ll need to visit their shops in the Underworld before you’re able to gift.

Lastly, do note that a Keepsake acquired from a character in Tartarus can’t be equipped until you return to the House of Hades after dying or reach another level in the Underworld. If you wish to equip a new Keepsake, you’ll need to visit the Keepsake case located in the House of Hades.

The following is a complete list of all the Keepsakes that you can unlock in the game:

These are all the new and old Keepsakes that you can unlock in Hades. For more help on the game, you can check out our detailed Hades wiki guides.