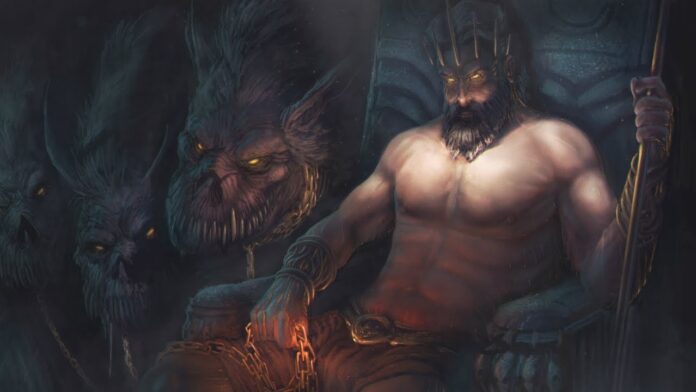 Hades has come out of the Steam Early Access and PC players are still reporting errors and issues with the game like an in-game crash, crash at startup, Game Not Saving, File Sync Error, SDL Could Not Initialize, unhandled exception, stuttering, and more. I have compiled a list of errors and issues with the game along with their fixes and workarounds.

Hades is a rogue-like dungeon crawler game developed and published by Supergiant Games. While the game has finally come out of the Steam Early Access but, PC players are still facing errors and issues with the game. Hades PC is facing errors and issues like the crash at startup, Game Not Saving, File Sync Error, SDL Could Not Initialize, unhandled exception, stuttering, and more.

Since Hades has come out of Steam Early Access, some players are experiencing the File Sync error. This “Steam was unable to sync your files” error is preventing players from continuing their game where they left off and start from the beginning with a new save. Here are the fixes.

The first fix for this error is to delete the ClientRegistry.blob, however, it might not work for everyone. First close Steam and go to Steam’s install folder and delete ClientRegistry.blob file. Then start the Steam client again, it should start norman but if it doesn’t start then go the Steam’s install folder and run “teamerrorreporter.exe” to launch Steam. This will fix the “Steam was unable to sync your files” error with Hades.

If the error persists then again close Steam completely and then go the Steam’s install folder and delete the “userdata” folder or paste it to another driver as it contains your save files. Start Steam again and launch Hades. The client will automatically download your saves from the cloud with the File Sync error.

In case the error is still isn’t fixed, then your anti-virus/Windows Security might be causing the “Steam was unable to sync your files” error with Hades. Disable real-time protection and the error will be fixed.

Hades PC players are reporting that the game isn’t saving and they have started from the beginning. Here are the fixes for Hades not saving progress.

One reason why the game can’t save could be the lack of admin rights for Steam and Hades. Right-click the Steam’s exe > properties > Compatibility tab > check “run this program as administrator”. Apply this change and do the same for Hades’ exe. This will fix the game not saving issue.

If the issue persists then Controlled Folder Access might be the culprit behind it. Open Settings > Update & Security > Windows Security > Virus & Threat Protection > “Manage ransomware protection ” under “Ransomware Protection”> Turn off controlled folder access. This will fix the Hades not saving progress issue.

A lot of Hades PC players are reporting that the game is crashing while in-game. There are different scenarios when the game crashes and different reasons. The following are the fixes for the Hades crash issue.

For some players, the game is crashing randomly while playing. This might be due to Players using third-party tools and software like MSI Afterburner. Disable any third-party software you are using along with Steam overlay and GeForce Experience overlay. This will fix the Hades crashing issue.

SDL Could Not Initialize Fix

“SDL Could Not Initialize” error is another one of Hades’ error that players are experiencing when they launch the game. Players are reporting an error similar to the following.

One reason for this error is that players might have plugged in aa controller. Unplug the controller and launch Hades and it will start without any error or crash.

If the error persists, then you need to reinstall both DirectX and .NET framework. This will fix the Hades SDL Could Not Initialize error.

The first fix players need to try is to give the game admin rights. Right-click Hades’ exe > properties > Compatibility tab > check “run this program as administrator”. Apply this change ad launch the game and it should start without crashing.

Another reason could be your anti-virus/Windows Security blocking important game files. Either disable real-time protection or exclude the game’s install folder from it. After that, verify the game files and the issue will be fixed.

Your Windows 10 operating system might be outdated and the game requires a certain Win 10 build to run. Update your Windows 10 OS and the Hades will stop crashing at startup.

Hades PC players are experiencing the “Unhandled exception” error when they launch the game. To fix this, right-click the game’s exe > properties > Compatibility -> check “Disable display scaling on high DPI settings”. Apply this change and the error should be fixed.

PC players are reporting that when they launch Hades, the screen goes black. They can hear the music and interact with the menu but there is no display. To fix it, start the game and when the black screen appears, press “Alt + Enter”. The game will go into Windowed mode and will start to display.

Remember to change the width and height to your display’s native resolution.

Some players have experienced that their save file has been corrupted after a sudden crash awhile playing Hades. Players can recover their corrupt save files bu going to this link. This is an official developer tool to restore Hades corrupt save files.

While Hades has come out of Steam Early Access but it’s not free from performance issues like Low FPS and Stuttering. Here is how to fix stuttering and boost the game’s FPS.

First, install the latest GPU driver and make sure there is no background process using too much of your CPU, GPU, or HDD.

V.sync is one reason why Hades is stuttering. Start the game and disable in-game v.sync and then close the game. Open Nvidia Control Panel > Manage 3D Settings > Program Settings > select Hades and make the following changes.

CUDA GPUs – “All”
Low Latency Mode – “depends on the player”.
Set Power Management to “Prefer Maximum Performance”
Shader Cache – “On” only if you are using an HDD. Don’t need to enable it for an SSD.
Set Texture filtering – Quality to “High Performance”
Triple Buffering – “Off”
Set Vertical Syn to “On

Apply these changes and not only Hades stuttering will be fixed but players will potentially see a boost in FPS.

That is all for our Hades fixes for errors and issues like an in-game crash, crash at startup, File Sync Error, Game Not Saving, SDL Could Not Initialize, and more. If you are facing errors and issues with other PC games or your PC then also see our hub for commonly occurring PC errors and their fixes.