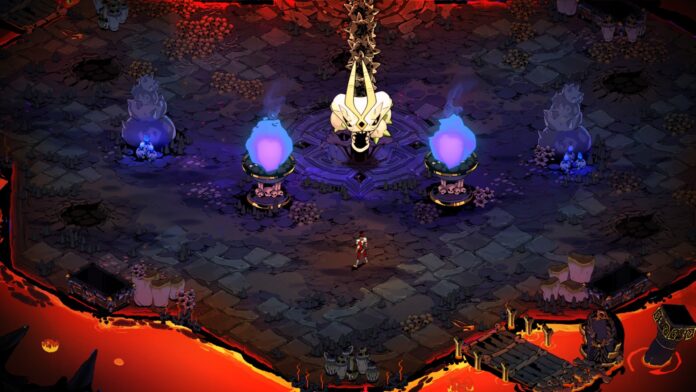 Asphodel is the area in Hades that comes after Tartarus. You start in chamber 15 and you will get to the region boss in chamber 24. This region has lava pits that can damage you. Hades does not think that you can handle the heat but in this Asphodel guide we are going to walk you through how you can get through this area and how you can access it.

Before you get to Asphodel you will need to clear Tartarus. During your first few attempts, you will need to beat Megaera. But after a couple of tries you will face Alecto and Tisiphone as well. So we are going to go over how you can beat these Furies in Hades.

How To Beat Alecto and Tisiphone

Alecto is much easier to beat as compared to Megaera. Her attacks have a pattern and are rather predictable. Her arena has spike traps on the ground which you will need to avoid otherwise they will impale you.

Alecto leaves herself open to attacks when she tries to build up rage. She will stay in place and you can take that opportunity to deal damage. When this is happening you need to keep an eye out for her Blood Bolts as they can spread out in all kinds of directions. They have a clear path so they are easy to dodge if needed. Use the dash boon that you have.

Once you have done enough damage, she will cast red circles on the ground and these will track you in the arena. She will also do the same. Dash Boons such as Zeus, Ares and Dionysius are going to help you take her on.

She is going to use Whirling Blades which are going to track you as well. These can cause multiple hits and deal high damage. This is the major threat that you need to avoid in this encounter. Keep moving and dealing damage and you will beat her.

Tisiphone is different when compared to the two other bosses. She does not summon ads to help her. But the arena that you are fighting in will get smaller with the passage of time. You can focus on dealing damage to her and taking her out quickly.

She can lunge at you and use green fire. You can use your quick dash in order to avoid getting damaged. Her whip can stun you if she is able to succeed with the move. This will render you immobile for a few seconds. If you are low on health then you do not want to be hit by the whip.

Your cast attacks are going to be effective for this encounter as you can deal damage to the boss from a range.

Once you have dealt with either of these Furies you can head over to Asphodel. Recharge at the fountain in the transition room between Tartarus and Asphodel. You can swap out keepsakes here if needed. You can also cleanse the Boons that you have if you are short on Obols.

You can keep the dash boons that you have but be warned that you might not be able to use them as much as you want in Asphodel because of all the lava that you are going to encounter.

If you know how to dash in a controlled manner then be my guest and use the dash move. You should also have the Greater Reflex upgrade from the Mirror of Night. Once you have got enough keys, you should unlock the Twin Fists of Malphon. Then use your Titan Blood to unlock the Aspect of Talos. Getting this will turn your regular uppercut special into a Magnetic Cutter. This will allow you to hook enemies nad then pull them towards you.

This is a great way of bringing enemies to you rather than dashing towards them. Hence avoiding the lava. Enemies in this area can leap forward as well. So they are not going to stay in place and locking onto them is going to be a bit difficult.

Get Help From Eurydice

In this region, you will encounter Eurydice. She spends her time cooking and singing. You will often hear her voice. Her help is going to be very useful here. She will offer to boost your existing boons. Gift her with Nectar to get the Evergreen Acorn in return. The Keepsake assures that you will not take damage from bosses for the first 3/4/5 times that you are hit. This increases as you clear encounters with the Keepsake equipped.

How To Beat The Lernaean Bone Hydra, Asphodel Boss 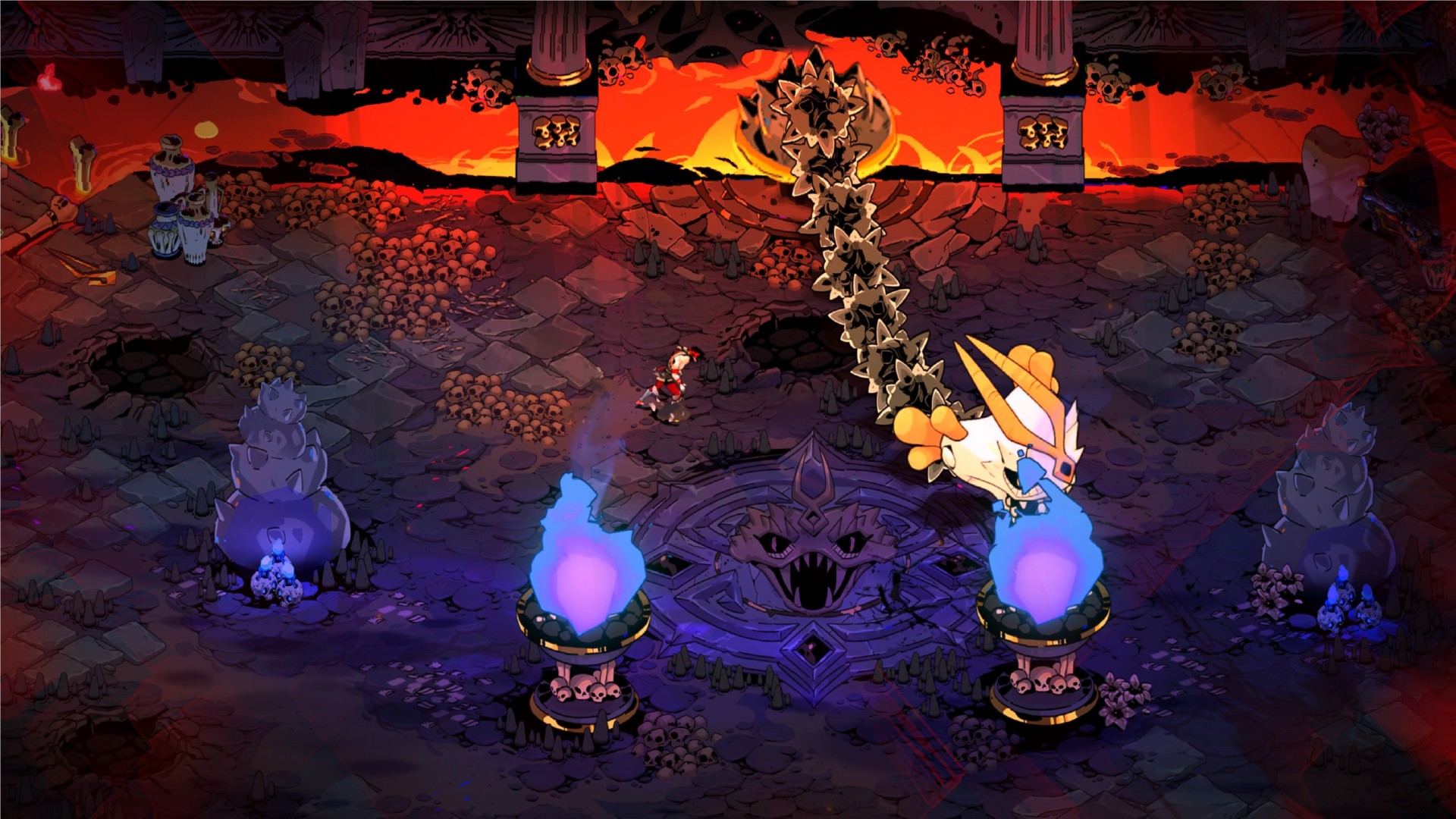 As you progress through the region, you will encounter the Bone Hydra at the very end. As you deal damage to it you will notice that it will summon more heads. You will need to move around the small platforms in order to get rid of the extra heads. After you do that, you can go ahead and damage the main head again.

The main head is going to chomp at you and is going to try and slam the ground when you are close to it. These moves are pretty slow and easy to avoid. The head can also spit fire and lava. The ground will be covered in lava patches so you should avoid these spots on the ground. The purple flames that it fires are going to track you but you can deflect with your Divine Dash. This will deal damage to the boss.

Once you have defeated the Hydra, you can move on to Elysium. This is all for our Hades Asphodel guide. If you are interested in learning more about the game then you can check out our guide on artifacts.