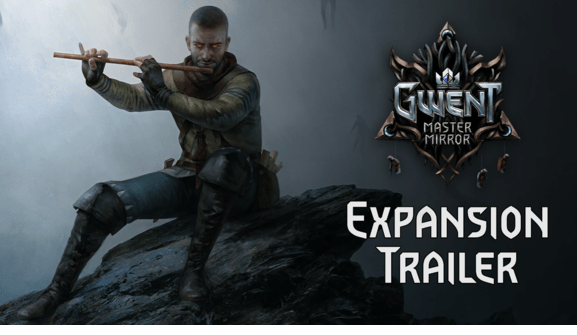 The Master Mirror expansion brings over 70 new cards to GWENT, themed after the shadowy, powerful influence of Gaunter O’Dimm — Master Mirror himself — and his role in key events in the Continent’s history.

Among these new cards are faction-specific ones, including a brand new Legendary card type which evolves in both appearance and power as the battle progresses. 11 neutral cards are also included, which can be used across all GWENT factions. In addition, new statuses and abilities will also be introduced, bringing with them a fresh set of tricks and strategies to take advantage of in the heat of combat.

In anticipation of the upcoming release, a number of Master Mirror pre-order offers have been added to the GWENT in-game store. These packs will grant players access to new cards from the expansion upon its release, with a unique Gaunter O’Dimm leader skin, as well as a Master Mirror-inspired card back and title also available in specific packs — ready to equip in-game immediately following purchase.

GWENT: The Witcher Card Game is available for free on PC via GOG.COM and Steam, as well as on Android and iOS. For more information on GWENT, please visit playgwent.com.

CD PROJEKT RED is also working on Cyberpunk 2077. It has been delayed once but from what we have heard, the developer is applying the finishing touches and the game should be available in September. We will be able to learn more about the game later this month.

Let us know what you think about GWENT Master Mirror expansion and whether or not you are interested in checking it out when it comes out later this month on June 30th.