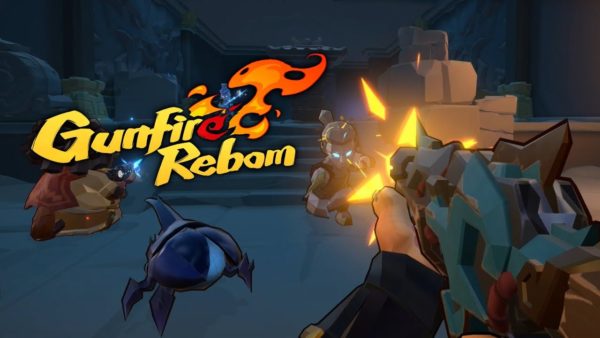 Gunfire Reborn PC is facing errors and issues like the random crash, the game not launching, stuttering, black screen, bad performance, and more. Here I have compiled a list of errors and issues that players are experiencing with the game along with their fixes and workarounds.

Gunfire Reborn is fast-paced with Roguelite and RPG features. Given that the game is in Early Access, PC players are facing errors and issues with the game like the crash at startup, the game not launching, stuttering, and more.

A lot of players are reporting random Gunfire Reborn crash while playing the game. Here are a few fixes to fix the issue.

One reason for the game to crash is high FPS. Apparently, the game’s physics has issues at higher FPS, turn on v.sync and limit the FPS, this will fix the crashing issue.

Another reason for the game to crash is Steam Overlay. For some players, the game crashes as soon as they get a pop up from Steam overlay. Disable it and the issue will be fixed.

If you like to “alt + tab” often while playing the game, then switch the display to borderless. This will allow players to “alt + tab” as much as they want without the game crashing.

Players are reporting that when they launch the game, nothing happens as the game exits itself. This issue can easily be fixed.

Go to your Steam folder and navigate to “Steam\steamapps\common\Gunfire Reborn\Gunfire Reborn_Data\Plugins”. Delete the InControlNative.dll and the issue will be resolved.

As for those facing the game crashing at startup issue, here are a few fixes for you.

Make sure you are using a Windows account with admin rights. If you are, then right-click on the game’s exe > properties > Compatibility tab > check “run this program as an administrator”. Apply the change and it won’t crash at startup.

If the issue still persists, then your anti-virus software or Windows Defender might be blocking the game. Either disable your anti-virus or exclude the game’s folder. Then verify game files and the game will start working without crashing at launch.

Third-party monitoring tools can also cause the game to crash at launch. If you are using any tools like MSI Afterburner, then just disable it and the game will start working.

With so many PC configurations out there, PC video games are bound to have performance issues. Apparently, Gunfire Reborn isn’t immune to it as players are reporting stuttering, low FPS, and random FPS drops while playing the game.

First, install the latest GPU drivers and make sure there is no background process using too much of your HDD, CPU, or GPU.

If you are playing the game on a laptop with an Nvidia or AMD GPU, chances are the game isn’t switching to the dedicated GPU and is running in the integrated one and is causing performance issues.

These settings should fix the game’s performance and stuttering issue. If not, then follow the steps mentioned above but set Vertical Sync to “Fast”.

This will potentially give you a performance boost if you have a moderate enough CPU and GPU. However, turning on Fast sync can cause the game to crash randomly as the game’s physics has problems with high FPS.

Players are porting that when they launch the game, they get a black screen but, they can hear the audio in the background. The fix for this issue is easy.

Start the game and when the black screen appears, press “Alt + Enter”. The game will go into Windowed mode and will start to display. Just go to the video settings and set a resolution that is native to your monitor and you’ll be able to play the game in fullscreen without the black screen issue.

That is all for our Gunfire Reborn fixes for errors like random game crash, the game not launching, crash at startup, stuttering, and more. If you are facing errors and issues with other PC games or your PC then also see our hub for commonly occurring PC errors and their fixes.