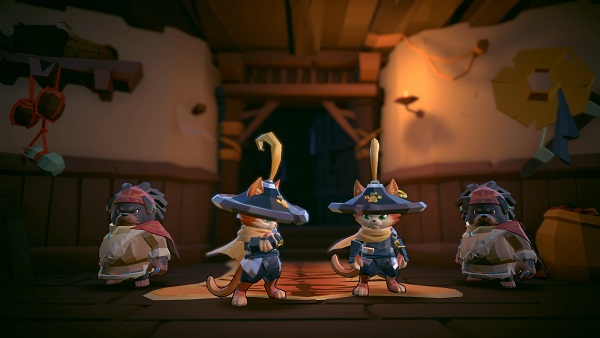 Gunfire Reborn throws a wide range of weapons your way to choose from. And while it is always a personal preference when it comes to choosing starting weapons, there are some which are better than the others. In this Gunfire Reborn guide, we will give you an overview of some of the best early-game weapons that you can use in the game.

Before we begin, it is important to note that these are our personal recommendations for the early game. You can choose to stick to these weapons for longer with the right inscriptions/modifications if you choose to do so. With that said, here is what we recommend that you use in Gunfire Reborn:

There are a couple of things that make the Soul Devourer one of the best weapons in Gunfire Reborn, especially in the early game. It deals lightning damage which works really well against the first boss, Lu Wu. In addition to this, it also comes with auto-loading. What it means is that you do not have to reload it manually. Star Devourer automatically reloads from reserves when you stop shooting. Some of its stats include:

Scorching Rounds is another decent early game weapon that you can stick to for a long time. It is a semi-automatic pistol that deals fire damage and is capable of one-tapping smaller mobs in the game. However, with only 4 rounds in the magazine, it may not be as beginner-friendly as something like Star Devourer since it requires you to land your shots. The best thing about Scorching Rounds is that it creates small AoE explosions with every shot – kind of like Sunshot from Destiny 2 if you have played it.

It is also important to note that it deals bonus damage to red-bar enemies and less damage to enemies with shields. Its stats are:

Frenzied Shark is the ideal weapon for players who like large, multiple explosions. The weapon fires bouncing grenades that detonate on impact and deal 325 damage per explosion. Similar to Scorching Rounds, using Frenzied Shark requires you to time your shots well or let all of it go to waste. However, if you are able to land your shots successfully, you should have no issues clearing smaller groups of adds in about no time. Some of its stats are:

Another launcher but this one deals substantially more damage than Frenzied Shark. On the downside, it has only rocket in the magazine and fairly long reload time. I would still recommend sticking to Frenzied Shark for DPS but Tiger Cannon has no parallel when it comes to burst damage. Its stats are:

Cavalry is a 3-round burst rifle with decent accuracy that allows for continuous precision hits. On top of it, every third shot from the weapon is an auto-crit., making it ideal for mowing down adds from long range. Its stats are:

You can think of Angelic Aura in the same league as Cavalry. It has almost the same stats as Cavalry but the option to switch between 5-round burst and 8-round burst comes in really handy in different situations. Its stats are:

These are some of the best weapons you can use in the early game in Gunfire Reborn. For more help on the game, you can check out our detailed Gunfire Reborn wiki guides.