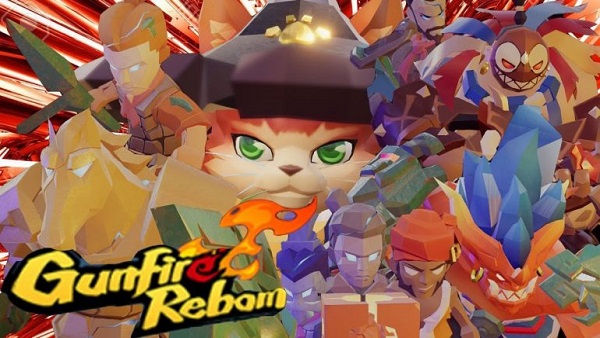 Gunfire Reborn has some mechanics that can be hard to grasp. In this beginners guide, we will go through different mechanics in the game including Abilities, Scrolls, Best Weapons, and Vaults in Gunfire Reborn.

In this guide, we have detailed some basic tips and tricks to help you get better at Gunfire Reborn:

Best Weapons
You can hold a maximum of 2 weapons in the game. Every weapon in the game comes with a fixed Trait and random Inscriptions. Some weapons also deal elemental damage which is excellent against shielded and armored enemies. To learn more about unlocking different weapons in the game, you can open up “Armory” from the main menu.

Understand Scrolls
There are different types of Scrolls in the game that offer both advantages and disadvantages when used. Scrolls also come in different rarities and can be earned from chests and defeating enemies. There are some called Cursed Scrolls which only provide negative effects and are suitable for players who like a challenge.

Use Abilities
Your character in Gunfire Reborn has a total of 3 abilities: Dash, Grenade, Special. Dash and Special in the game have cooldowns but you can increase the number of charges by picking up certain Scrolls. Grenades, on the other hand, have no cooldown and come with 3 charges by default. To be able to use Grenades, you need to pick green ammo up.

Enemies
There are 3 types of enemies in the game: normal enemies, elites, and bosses. Some enemies are also shielded and armored. Lightning elemental damage deals +50% additional damage to shields, Corrosive damage deals +50% damage to armor, and Fire damage deals extra damage to red-bar enemies. Keeping this in mind, it is a good idea to have everything in your inventory for every situation.

Soul Essence and Talents
Defeating enemies and bosses provides Soul Essence that lets you unlock Talents. Talents, when acquired, provide permanent bonuses to your character. In addition to this, you can use Soul Essence to use self-revive and open up Vaults.

Vaults
Vaults in the game are randomly-generated mini-dungeons that provide some of the best loot in the game. You can find them as purple portals in the world. To learn more about how Vaults work in the game, you can check out our Gunfire Reborn Vaults guide.