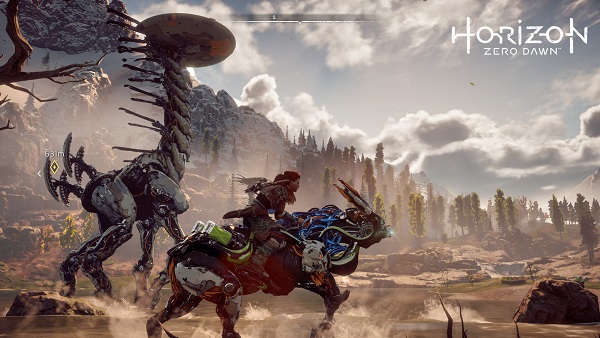 Over the past few days, the discussion around the possibility of Horizon Zero Dawn 2 has popped up yet again. In light of that, we have some more information regarding the upcoming game. It looks like developer Guerilla Games is looking for a Senior Programmer to develop what sounds like a Horizon Zero Dawn 2.

According to the job listing posted on the official Guerrilla Games website, the studio is looking for someone to “design, implement and optimize a wide range of in-game features such as ranged and melee weapons, combat and traversal mechanics, player skills, damage and hit responses, camera, inventory, and economy system;” systems that sounds pretty similar to Horizon Zero Dawn.

The person hired will work with the animation, core and combat design teams at Guerilla Games. On top of these responsibilities, the developer will also help improve the in-house Decima Engine. For the novice, the Decima Engine is used to create the latest Guerrilla titles.

The engine is created with the help of Kojima Productions, the legendary Hideo Kojima is using the same engine to develop Death Stranding. Decima was also used to create Horizon Zero Dawn and the amount of work they are putting into it, it’s sure to last a while before the studio will switch to other tools.

It is a known fact that Horizon Zero Dawn is in development. There have been multiple reports and even if those aren’t true, it is next to impossible that Sony wouldn’t work on a sequel.

The first game proved to be one of the best selling titles from Sony Interactive Entertainment. Within two years of its release, Zero Dawn sold 10 million units worldwide.

Moreover, the ending of the first game left things open for a sequel. Horizon Zero Dawn 2 will contain answers to many burning questions.   HZD2 is most probably going to be a next-generation exclusive game, releasing only for PlayStation 5.

Sony’s next-generation console is releasing next year during the holiday season of 2020. Contrary to reports of a PSX reveal, Sony’s Sam Baker says PS5 reveal and release are both set for 2020  which means very limited information at PlayStation Experience.