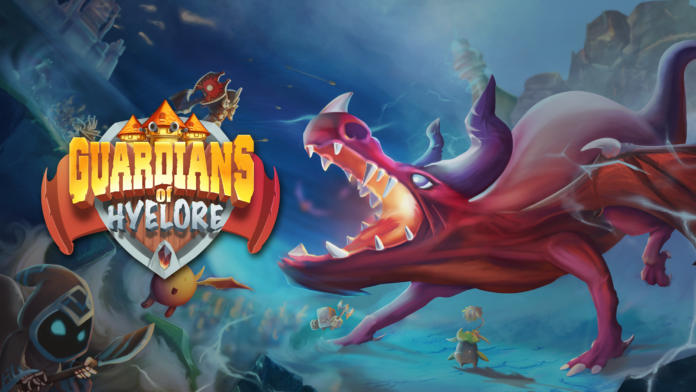 Guardians of Hyelore, the tug-of-war fantasy idle-battler from developer Megaglope Studios and publisher Freedom Games, marches full speed ahead onto Windows PC via Steam and the Epic Games Store today.

Plagued with war and nearly hopeless, the people of Hyelore called out for salvation from a ruthless army of invaders. From their call rose a band of heroes who swore to take back the land at all cost, the Guardians of Hyelore. Traveling far and wide, the Guardians turn the tides and drive out all who seek to do harm to their people. Take up the mantle of battle commander and guide the Guardians, among other mercenaries for hire, to victory against enemy forces.

Assess the needs of the battlefield, and strategically deploy skillful teams of warriors, archers, mages, thieves, and other units accordingly to cut through daunting hordes of enemies. Manage resources gained from war to upgrade troops and purchase items like a Flask of Luck giving troops an edge mid-siege. When the time is right, release a Guardian into the fray to overwhelm the combatants and lead the infantry to victory.

Revel in the spoils of war, using them to progress into new areas throughout the 35-stage campaign. Test the army’s fortitude through four difficulty options as well as the endless Arena Mode, where unending hordes and imposing bosses await. Learn specialized talents to unlock perks and powerful abilities to take back the realm of Hyelore.

Ivan Babona-Pilipos, Founder, Megaglope Studios had the following to say regarding the matter:

Guardians of Hyelore blends real-time action with strategic planning as customized armies progress against rival factions. The sheer amount of control we give players creates near-endless ways to overcome challenges.