Home News Grounded To Get 3 Types Of Early Access Updates On Xbox One... 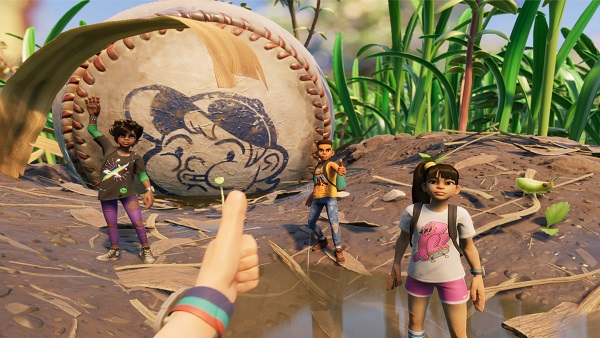 Obsidian Entertainment is known for creating massive RPG games such as Fallout New Vegas and last year’s The Outer Worlds. However, alongside big projects, the studio wanted to do something different. Hence came Grounded for Xbox One and PC, a unique co-op survival experience from the creators of The Outer Worlds.

The premise is pretty simple, you and your friends are shrunk down to the size of ants. You now need to survive whatever the game throws at you; fight monsters, create bases, craft gear, and weapons.

Grounded is planned to release in Early Access this year on Xbox One and Steam. During its early access, the developers will include the community in the process of further developing Grounded.

According to Obsidian Entertainment’s Roby Atadero,  they plan to release three types of updates for its new game while it will be in early access.

“We’re going to launch on Game Preview in the spring. At that point, we want to have a regular cadence of feature updates, area updates, creatures, and new crafting items. And we want to expand the story. Once we feel that once we have a full, completable story arc, we’ll go into the 1.0 launch. We are taking our expertise at Obsidian and finding which of its elements we can put into the survival genre so that Grounded will still have that Obsidian DNA.”

Once the developers have a complete story arc for the players and are happy with the gameplay mechanics, Grounded version 1.0 will launch on PC and Xbox One. The game won’t release on PlayStation 4 due to Microsoft’s recent acquisition of its creators.

Grounded will also release on Xbox Series X which presents a challenge for the developers. However, the studio is simply focused on creating a”fun” experience without worrying about platforms. But if you must know, the development of the game is focused on Xbox One, not Xbox Series X.

Speaking of which, Microsoft’s next-generation console is releasing this holiday season. Xbox Series X is more powerful than any Xbox console ever created.  And when you mix is power with amazing launch titles and Xbox Game Pass, the value proposition skyrockets.