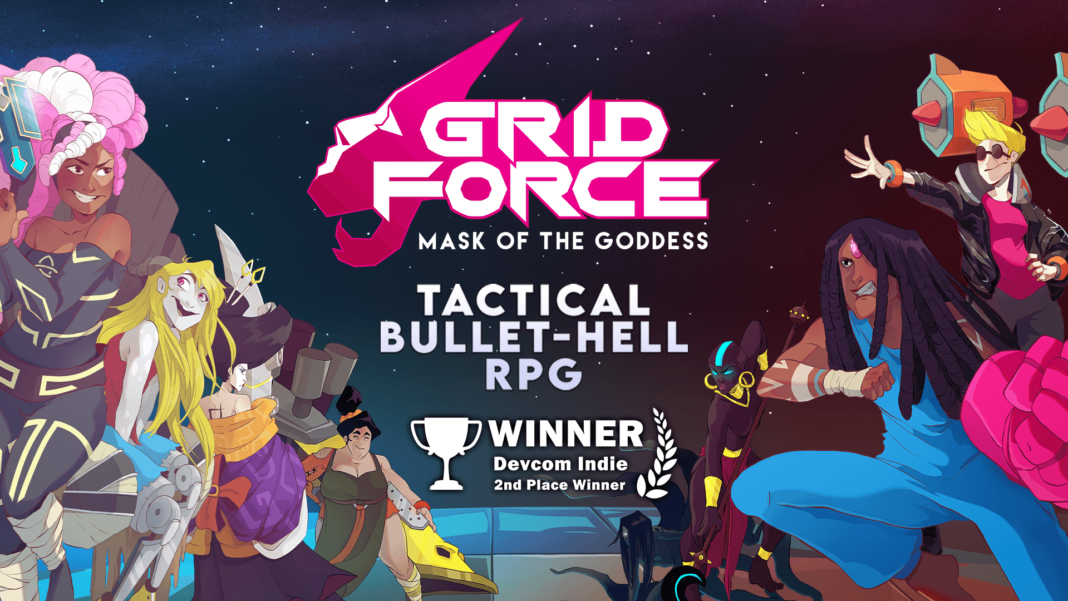 Gravity Game Arise Co., Ltd. is happy to announce that Grid Force Mask of the Goddess from UK developer Dreamnauts Studio will release on September 15th, 2022.

The game, which recently was one of the 3 Devcom award winners, will be released first on Steam in English, Japanese, Korean and Simplified Chinese, with Xbox, Switch, versions and French, German, Spanish, and Portuguese language versions to follow soon after release.

Grid Force is a real-time tactical bullet hell RPG with a large diverse roster of over 28 heroes to recruit, train and evolve. Commonly mistaken for turn-based, the battles are all real-time with lightning-fast combat that is instantly addictive as you take on wave after wave or increasingly intense enemies in your attempt to conquer the grid!

A deep and passionate story, featuring an all-female cast. Take on the mantle of Donna, a fighter shrouded in mystery, as she traverses the world of Gora meeting friends and building her team of heroines to unravel her origins and save her and her friends future. Told through beautifully hand-illustrated manga-style comics embark on a journey where each decision you make could earn you a new friend or a new rival.

Build a squad of 4 heroes, paying close attention to their abilities, playstyles, and elemental type. Actively switch between each of your squad members to meet the challenges the encroaching throw against you.

There are Champions, Spellbinders, Defenders, and Valiants classes to choose from, and each character has their own unique regular and heavy attack and special skills. Which elements the characters use can also affect the damage you inflict and take. If you have trouble beating a certain wave of baddies, switching around your crew might be just the ticket.

Collect various shards from the waves of enemies you defeat and use them to power up your roster. Make sure you pay attention to the abilities and element type of the characters you spend your shards on. The more powerful a character becomes, the more skills and abilities you can unlock.

Let us know what you think about Grid Force Mask of the Goddess and whether or not you are interested in checking out the game.