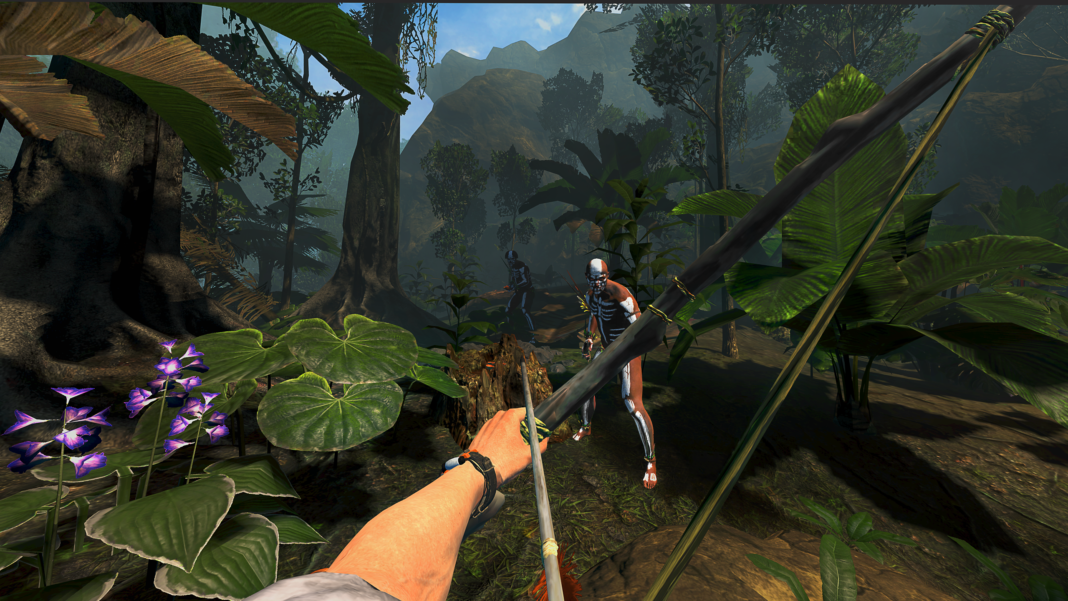 Incuvo Games is excited for players to announce that Green Hell VR will be coming to Oculus Quest 2 on April 7th, with the Steam VR version following this May. Preorders are open now at the Oculus store.

Andrzej Wychowaniec, CEO at Incuvo SA had the following to say regarding the release:

To ensure the best possible experience for all Steam VR users, we decided to push back the PCVR version a little bit to allow us to implement the valuable feedback we got from the demo earlier this year.

Green Hell VR promises an incredibly immersive survival experience giving players the ability to see the jungle as they have never seen before. Throw yourself right into an authentic survival adventure experience conceived for VR from the ground up, with over 60 different gameplay mechanics meant to transport you deep within the visually stunning and bio-diverse Amazon rainforest.

Players will step into the shoes of Doctor Jake Higgins, an anthropologist who has spent the last three years studying the Amazon. Guided through his radio conversations with his wife, Mia, Jake has no choice but to cling to his life and survive in one of the deadliest places on Earth — all alone.
Green Hell VR is a virtual reality game like no other. You will have to pay attention to your surroundings. Memorizing landmarks to prevent getting lost in the deep jungle, learning how to distinguish poisonous plants from those who can save your life, observing where you step —  you’re at all times meters away from deadly dangers!
Through day and night cycles, you will live and breathe Brazil’s awe-inspiring rainforest up close in this adrenalin-fuelled VR adventure.
Green Hell VR invites you to immerse yourself in it, truly.

Developed by Incuvo, Green Hell VR is set to become the most complex and authentic survival game for VR — the game faithfully recreates the dangerous conditions of the Amazon jungle. It is based on the critically acclaimed survival title Green Hell, released by Creepy Jar in 2018 on PC and thereafter on consoles. Green Hell took the hearts of survival players by storm, selling up until today over 3 million copies across platforms.