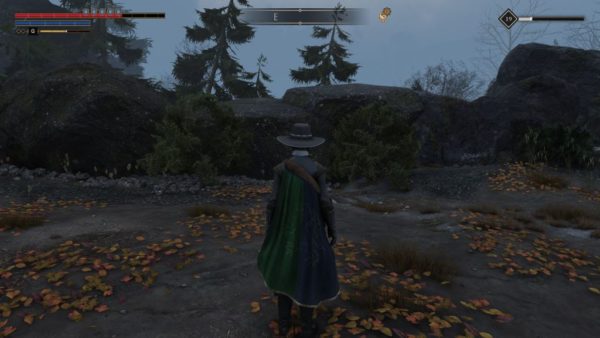 Many RPG games have factions in them. These are different classes that work differently and appear differently. Throughout the entire walkthrough in GreedFall you will encounter a total of 6 factions. Our Factions guide will include all the details on the factions of GreedFall.

While Greedfall you will come across 6 factions. The Bridge Alliance, The Coin Guard, The Congregation of Merchants, Theleme, Nauts, and Yecht Fradi are the 6 factions in GreedFall. Each faction in the game has its own views and perspective. After you exit the character creation mode you will join the Congregation of Merchants. As you progress in the game you more factions will open up for you to join.

All GreedFall Factions and Members

There are six major factions in GreedFall:

You will start off the game being hired by these merchants. They came to the city to seek the treasures of the city and get richer. Try to do as much work you can for them as you might get discounts on their items in the shop later on. You start with this faction because it has a neutral stance on all of the ongoing politics. The Congregation of Merchant has immense purchasing power and it uses the Coin Guard to keep themselves protected. The Congregation has remained untouched by the conflicts of the region that impacts the Bridge Alliance and Thélème.

There are  5 notable members of this GreedFall faction.

De Sardet: The lead character of GreedFall is De Sardet. He/she is a member of the ruling prince’s family and the new Legate of New Serene. De Sardet is the new diplomat for the Congregation on Teer Fradee.

Princess De Sardet: The process is De Sardet’s mother who is extremely sick. The Princess is the sister of Prince d’Orsay and aunt of Constantin d’Orsay.

Sir de Courcillon: An employee of the Houses d’Orsay and de Sardet. His former job was to tour Constantin and his cousin. Dir de Courcillon is an advisor to Constantin on Teer Fradee. He is studying this region and reporting back to the prince.

There is only one notable member in this GreedFall faction. The Ambassador Sahin is the lead ambassador of the Bridge of Alliance and a renowned Alchemist.

They are a religious group who believe firmly in magic and their main goal is to convert Yecht Fradi to their side. This religious group can teach you magic abilities which can help you a lot in battle. They want to convert the Native factions to their side. Siding with them might lower your relationship with Siora. Thélème has been at the receiving end of a war against the Bridge Alliance. The decades-long war has weakened the nation but on top of that the faction was hit with Malichor. Even the most powerful healers of Thélème are powerless against this sickness. However, the discovery of Teer Fradee is brining back hope for Thélème. The discovery of Teer Fradee is taken as a holy sign and the people believe that the redemption and cure of Malichor is only possible through the complete conversion of its people.

There is only one major member of Thélème and luckily that member is also a recruitable companion in GreedFall. Petrus is a member of Thélème, a bishop and missionary on Teer Fradee. He is great with words but is cunning and has a lot of interest in politics.

The Coin Guards are the assassins or bodyguards in the game. Other factions hire these guards mostly to do their dirty work for them in return for money. You can join them and become a mercenary yourself if you want to. Kurt is a member of the coin guards and is an available companion. Coin Guard is a guild of bodyguards, paid assassins, and combat instructors. They are only interested in coin which means any nation or faction can hire the Coin Guard to do its bidding.

The most notable member of the Coin Guard is Kurt who is a captain of the guild. He is a master-of-arms for De Sardet family. Kurt is your first companion in GreedFall.

Vasco: One of the recruitable companions in GreedFall. Vasco is sea-gifted and is responsible for taking you to the Teer Fradee.

The rest of the members of this faction are shipmates and friends of Jonas.

They are live in nature and possess magic abilities. They want to peacefully live their lives and don’t want to mess with other factions. They have their own language. Whenever you meet them they won’t understand you if you don’t have Siora in your group a second a translator.

Siora: A recruitable companion in GreedFal. Siora is passionate about the prosperity and protection of her people. She is extremely helpful in combat and is also a romance option in GreedFall.

This marks the end of our GreedFall Factions guide if you need more help with the game check out party management, side quests, and puzzles.