Home Articles Google Stadia Cons And Why You Should Not Buy Into The Hype... 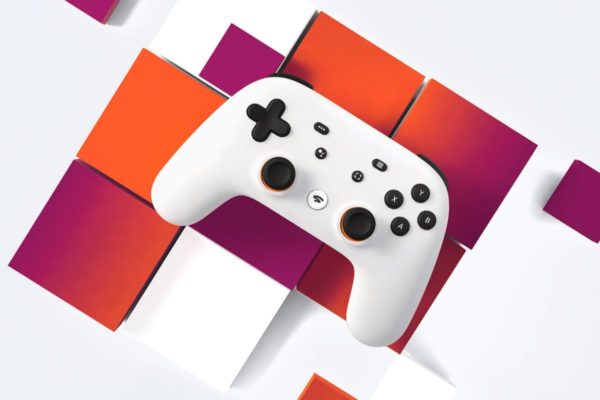 Google Stadia will be available later this year allowing users to stream games to anything that can run YouTube. It might seem like great technology and it could be but there are a few cons of Google Stadia that you need to keep in mind.

If you want to use Google Stadia then you will need to buy the Founder’s Edition kit that costs $130. The kit comes with 3 months subscription to the service. You also get a buddy pass that gives you friend 3 months of free use. The Founder’s Edition comes with a limited edition controller and a Chromecast Ultra to stream to your TV in 4K.

You also get Destiny 2 with the upcoming Shadowkeep expansion. If you already own Destiny 2 you can check out the new content in Shadowkeep and migrate your guardian from PC or Xbox to Google Stadia. Other games that you will be able to play at launch include the following:

Google Stadia Cons And Why You Should Wait

Google Stadia is a video game subscription service and works like Netflix. What it offers is the ability to stream your video games to any device that can run YouTube. This creates some questions. Who is this for? What is the internet requirements? How much internet will be used? It is reliable? Can it be used by hardcore gamers? Let’s answer some of these questions and tell you some of the cons of the Google Stadia that you might not have thought about.

Who Is Google Stadia For?

It is highly unlikely that you have a gaming console or high-end PC and you have not invested in a decent internet connection. So Google Stadia does not make sense here either. The on the go gamer that does not want to carry around a Nintendo Switch? You do need to take the controller with you. Who this service is directed at is a bit confusing at the moment.

If you already game on PC or a console then you already have an option to access your games in one place. Google Stadia is a new service and I am sure people trust their current platforms (PS4, Xbox One, PC) more than Google Stadia. This is a cloud-based service so do not know what will happen to all your games and progress if the service is not a success and Google decides to discontinue it.

The streaming service will be available in November but you will need to buy the Founder Edition in order to gain access. Google Stadia Pro is the package that you can take advantage of in November. It offers 4K 60 FPS streaming for $10 per month. The base version will be free but it is not available until next year. With the base version, you will be limited to 1080p but you need to buy games from Google.

What Are The Internet Requirements?

You need a 35Mbps internet connection to stream games at 4K with HDR at 60 FPS. 5.1 surround is also supported. For 1080p 60 FPS streaming, you will need a 10Mbps. HDR and 5.1 surround sound are supported here as well. The bare minimum connection that you need is 10Mbps. This only supports stereo sound.

Something to keep in mind here is the date cap of your internet. If you are streaming games at 4K then that can consume a lot of data. If your cap is 1TB then you can roughly play games for 46 hours a month. This only includes gaming. We know that people do a lot more than just play games via the internet.

Not to mention that gamers can easily play more than 46 hours per month. I myself can play up to 5 hours a day. I also consume a lot of video content online. If you have an internet cap then this can be a serious con for Google Stadia.

Games Are Not Free

When Google Stadia was first announced people thought that they would pay for the streaming and not the games. That is not the case. Games are not free. You will have to pay for them. Google has confirmed that there will be free games available later on but if you are subscribed to Stadia Pro then you are paying $10 per month and you are also paying for the internet.

Moreover, you can buy games from Google to get access to Stadia 1080p for free.

Can You Play Competitive Games On Stadia?

With the ability to stream games to any screen you must be wondering whether you can play competitive titles. Latency is a major concern in such titles and people are skeptical about streaming latency here as well.

A Google representative mentioned that the latency would be around 70-130ms. If you do not have a decent internet connection then you probably have the same latency and this can translate to 6-8 frames in a 60 FPS game.

Can You Play Single-player Games On Stadia?

Now that we have got multiplayer games out of the way. Can you play single-player games on Stadia? You can but it comes down to the experience and the kind of games that you are interested in playing.

Narrative-based games should be fine but if you are playing high-speed or rhythm games such as thumper then you might not get the best experience. So might like the tech behind Stadia but might not like the implementation of it once you have tried it.

Do You Need To Buy The Stadia Controller?

You do not. You can play games with any controller that can be connected via USB. The only scenario in which you need the Stadia controller is if you want to play games on your TV. If you are streaming to your PC then you will need the controller.

These were some of the cons of Google Stadia that I thought people should know about. Let us know what you think about Google Stadia and whether or not this is something that you are interested in checking out.