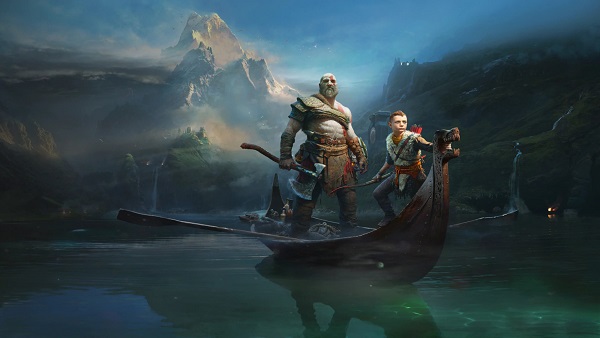 Valkyries in God of War are optional boss encounters that are incredibly hard to beat. These are locked behind Hidden Chambers of Odin that can only be opened with a Magic Chisel. In this guide, we have shared the locations of all 9 Valkyries that can be fought in God of War.

Valkyries in God of War are completely optional. However, these can be incredibly fun to go against and we would not recommend skipping them. However, it is a good idea to have a sound understanding of basic gameplay mechanics like dodge, parry, etc. before going against them.

Below, we have shared the locations of all the Valkyries that can be found in God of War:

Eir
Immediately after entering The Mountain, head right from the hallway to get to it.

Geirdriful
This one is located in the Foothills, Midgard. Instead of heading toward The Mountain, continue ahead from Sindri’s Camp to get to it.

Gondul
Gondul is the last challenge that the player can complete in Muspelheim.

Gunnr
To get to Gunnr, head over to docks near Thamur Corpse. The area is visited during the campaign.

Rota
To access Rota, complete the ‘Escape from Helheim’ quest and destroy the red roots near a small bridge leading to the Bridge of the Damned. Also, keep in mind that these red roots can only be destroyed with a Shock Arrow.

Hildr
This one is located at the end of a misty maze in Niflheim. However, do note that Niflheim can only be accessed after getting all the Niflheim Ciphers.

Kara
She can be found in The River Pass in Midgard – search the Witch’s Cave.

Olrun
In the Alfheim realm, cross the Lake of Light and look for a Hidden Chamber of Odin.

Queen Sigrun
To summon her, the player needs to place helms of all 8 Valkyries in the Council of Valkyries.

These are the locations of all the Valkyries in God of War. For more help on the game, be sure to check out our detailed God of War wiki page.