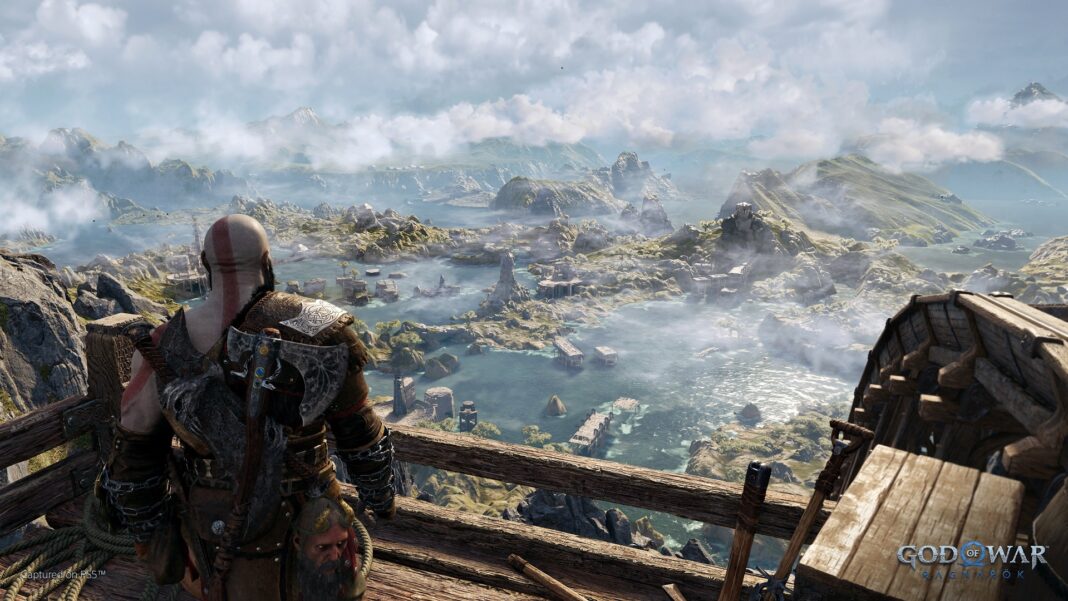 In Service of Asgard is a Favor in God of War: Ragnarok that you can complete after reaching Svartalfheim. To start it, you need to speak with Raeb, a bard who can be found in Nidavellir. Your objective is to disable 3 Mining Rigs found across the Bay of Bounty.

Modvitnir’s Rig
After reaching the beach, head up the platform on the right. Shoot the switch to jump across and climb the tower to loot a Legendary Chest. From there, swing across and drop down to collect a Lore Marker.

Once you are done, climb back up and keep on hitting the right switch on the crane until you are able to swing to a red chest in the distance. From there, use the chain to go up to where you will need to defeat the Bergsra Mother. Interact with the Mining Rig to shut it down.

Radsvinn’s Rig
This one is located in the middle of the Bay of Bounty. After you get there, climb the wall to find the second Mining Rig alongside a few Grims and Nightmares — deal with them however you like and then interact with the rig.

There is also a Nornir Chest, Odin’s Raven, and a Lore Scroll that you can get in the area.

Althjof’s Rig
The last Mining Rig is a little toward the northwest of the previous one. Once you are there, climb up and collect Odin’s Raven on the left side. Interact with the wheel once, use the Blades of Chaos to pull down a platform, and swing to the other side. Once you are across, destroy the barrel to clear the blockade.

From the blockade, climb up and create a shortcut back to the wheel on the left side. But instead of going down, pry open a gate on the right side, destroy another barrel, and climb the tower ahead. After dropping down, break the floor to read some runes and collect the red chest. After that, use the Blades of Chaos to raise the platform to return to the wheel.

Turn the wheel so that you are able to get to the second rooftop. Climb the chains on the left (the shortcut you created earlier) and swing across to the Mining Rig. After you have dealt with a few Draugrs and Grims, disable the last rig. Before leaving the area, make sure to collect a Lore Scroll and a Legendary Chest.

You will receive 500 XP for Kratos, 125 XP for Atreus, and Nidavellir Ore for completing the Favor.

There are a few more Favors that you can complete in Svartalfheim: