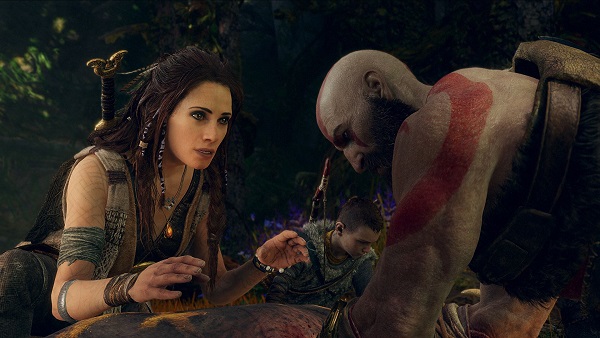 Niflheim in God of War is a hidden area that is brimmed with secrets to uncover. The realm, however, cannot be accessed right off the bat as it requires the player to locate a total of 4 Ciphers. Since locating these can be a little confusing, we decided to do a little guide detailing their locations. In this guide, we have shared the locations of all the Niflheim Ciphers that are needed to access the realm of Niflheim in God of War.

The realm of Niflheim is not accessible from the beginning. In order to access it, the player needs to locate 4 Ciphers. One of these can be found during the campaign while the others are hidden around Lake of the Nine. Below, we have shared the locations of all the Niflheim Ciphers that can be found in God of War:

Niflheim Cipher #1
This one requires the player to continue toward the north side of the lake until some ruins appear. The collectible should be on a beach with a Soul Devourer.

Niflheim Cipher #2
For the second one, go toward the north side of Alfheim Tower – onto a beach. Once on the beach, destroy the red rocks using a Shock Arrow and continue ahead. A little ahead, there should be a golden rock with the Cipher hiding behind it.

Niflheim Cipher #3
To get the last one, continue toward the west side of the Vanaheim Tower. A little ahead should be a spinning mechanism that can be disabled with the help of the Leviathan Axe. Simply disable the mechanism to lower the spikes and grab the last one.

Once all 4 Niflheim Ciphers have been collected, return to the World Tree in order to access Niflheim. Once arrived, speak to Sindri who will ask the player to collect a total of 500 Mist Echoes. Doing so will allow the player to acquire a secret key that unlocks the central chamber in the area.

This is all we have got on how to get to the realm of Niflheim in God of War. For more help on the game, be sure to check out our detailed God of War wiki page.