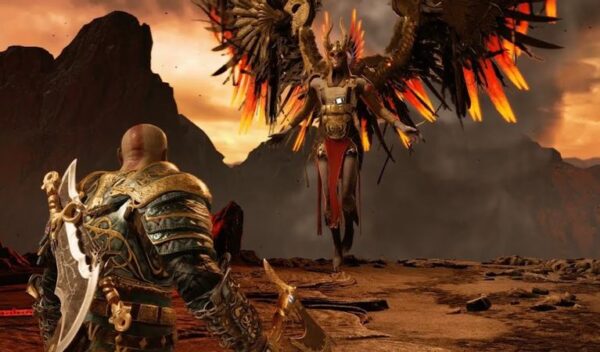 God of War can be a challenging game when it comes to boss fights. Valkyries are optional boss encounters that will test players’ skills and Gondul is one of them. This God Of War guide will help players with how to beat Gondul Valkyrie and its location.

How To Beat Gondul Valkyrie

Gondul Valkyrie has a number of attacks that she uses against Kratos and here is how to defeat her. One of her attacks is calling down fire from the sky and igniting three areas in the arena. Players have to evade to avoid the fire. Sometimes, she’ll immediately follow up with a knife-throw attack which the players can just block. Gondul can pull this off 2-3 times in a row.

Sometimes, Gondul will follow up the fire attack with a Stab. She dashes forward and stabs Kratos. This attack can’t be blocked and players must dodge to avoid damage.

Another one of Gondul’s attacks is when she spins twice while holding a staff. Each swing deals significant damage. After the first swing, she’ll smash her spear on the ground creating an AOE and will follow up with the second swing. Keep dodging until the second swing.

Whenever you see Gondul in the air, shoot her with arrows. There is a chance that she’ll create a powerful and big explosion. Shooting her with arrows disrupts her. If you successfully disrupt her, you’ll have an opening to land a few of your hits or even runic attacks.

In one of her attacks, she’ll jump and will go offscreen. Quickly dodge as she’ll land on Kratos. This attack deals heavy damage. When she lands, quickly attack her as she’ll be vulnerable.

Gondul also uses her wings as a weapon like most Valkyries in God Of War. These wing attacks can be blocked easily. Keep dodging and attack her when you get the chance. Eventually, Gondul will be defeated.

That is all for our God Of War guide on how to beat Gondul Valkyrie. For more on the game, also see our How To Beat Eir Valkyrie and How To Beat Geirdriful.