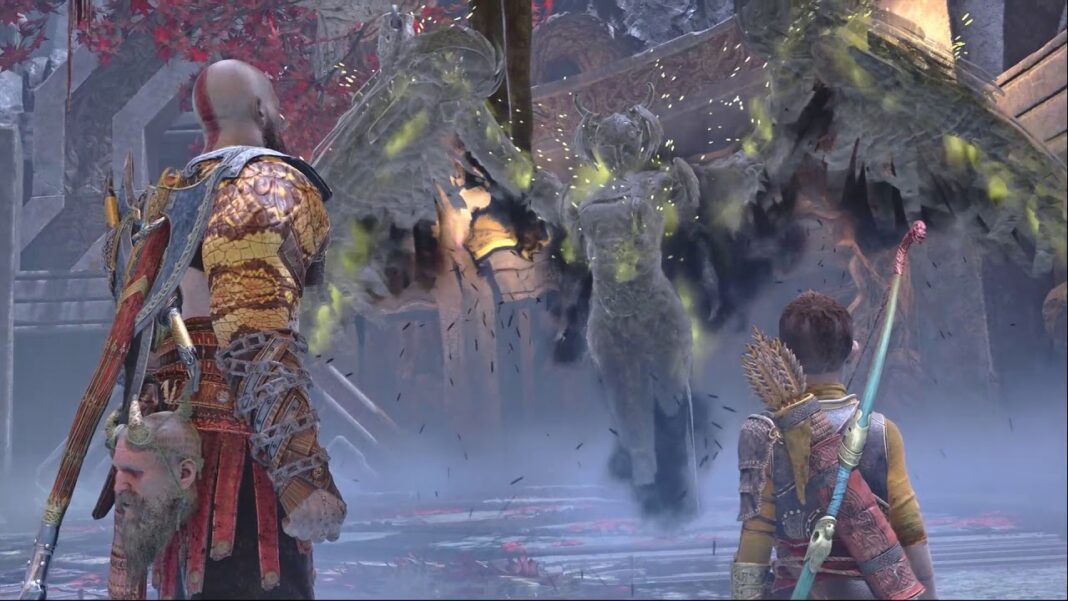 Valkyries are optional encounters in God Of War and will test your skills. Geirdriful is one of the Valkyries. This God Of War guide will help players with how to beat Geirdriful Valkyrie and its location.

How To Defeat Geirdriful Valkyrie

If you are wondering where you can fight Geirdriful, checkout out Valkyries Locations Guide. Before you start the encounter with Geirdriful, make sure your Spartan Rage meter is full and also bring a Resurrection Stone with you just in case. Resurrection Stone allows players to revive Kratos when he goes down and also fills the Spartan Rage meter.

Geirdriful is one of the toughest Valkyries in God Of War and here is how to beat her. The main strategy here is to identify or telegraph her attacks to block, evade, or counter them.

This particular Valkyrie is fast and also attacks players while they are evading. Also, telegraphing Geirdriful’s attacks is difficult as she is fast and she doesn’t telegraph her attacks like the rest of the Valkyries.

Keep your distance when she is in the air. Also, sometimes she’ll throw discs at Kratos when she hovers. Players can block these discs unless she is just throwing a single disc. The single-disc throw is unblockable and can be telegraphed with a red circle.

Another air attack Geirdriful has is where she’ll just grab Kratos and pound him on the ground. This attack is unblockable and can’t be telegraphed since she just transitions into this attack. Again, keep your distance when she is hovering.

As for the ranged attacks, she has two. One ranged attack is unblockable and can be telegraphed with a red circle. She’ll use her scythe and send a wave of energy at Kratos. Just evade this attack.

As for her ground attack, in one she quickly closes the distance between her and Kratos and attacks with her wings. Just block this attack.

She also uses her wings to attack Kratos by alternating between the left and right wing. This attack can also be blocked. However, she can dash away from Kratos and throw black projectiles right after this ground attack.

Keep dodging her attacks and hit her when you get the chance. Eventually, Geirdriful will be defeated.

That is all for our God Of War guide on how to defeat Geirdriful Valkyrie. For more on the game, also see our How to Beat Kara Valkyrie and How to Beat Gunnr Valkyrie.