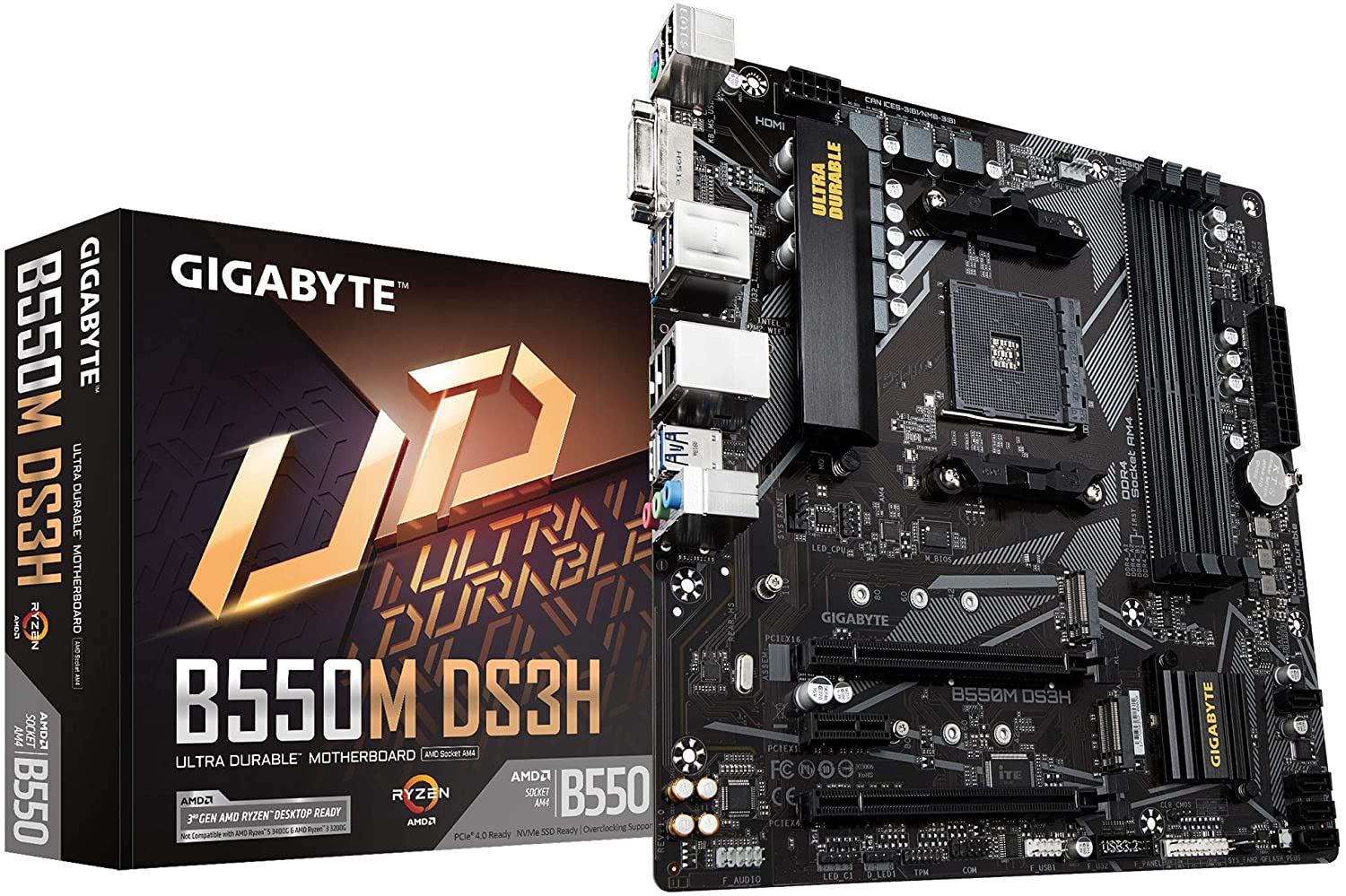 AMD has announced the B550 chipset and we have already seen some B550 motherboards from Asus and other companies. These motherboards are going to be available starting from June 20th but they have started to pop up for pre-orders online. The Gigabyte B550M BS3H motherboard is available for pre-order right now on Amazon.

The Gigabyte B550M BS3H motherboard is a barebones motherboard for budget and mid-range PC builds. It does not look like much but it is functional and will get the job done. The motherboard comes with 4 RAM slots and 2 M.2 slots for fast storage.

The Gigabyte B550M BS3H motherboard supports PCIe Gen4 so you can use PCIe Gen4 SSDs for super-fast storage and transfer speeds. If you are interested in getting PCIe Gen4 storage then you can check out our recommendations for some of the best PCIe Gen4 SSDs that you can buy right now.

While the motherboard does not have RGB lighting zones on it. it does have RGB Fusion 2.0 headers so you can sync the lighting of different parts that you might have in your build that support the feature. This is a Micro ATX motherboard which is ideal if you are not interested in a full-tower build and want to go with something a bit more compact.

The Gigabyte B550M BS3H motherboard features a 5+3 Phases Pure Digital VRM Solution with Low RDS(on) MOSFETs. It also comes with Exclusive 8118 Gaming GbE LAN with Bandwidth Management. The motherboard supports addressable LED and RGB LED strips so that you can customize and personalize the look of your build.

You can head over to Amazon to pre-order the Gigabyte B550M BS3H. If you are interested in other options and want to buy a B550 motherboard now then you can check out the MSI B550 Mortar and Asus Prime B550M-A (Wi-Fi) motherboards, that are also available for pre-order right now.

Let us know what you think about the Pre-order Gigabyte B550M BS3H and whether you are going to pre-order your motherboard or wait for the reviews to come out.