Home News Ghostrunner Writer Excited For What Can Be Done With PS5 and Xbox... 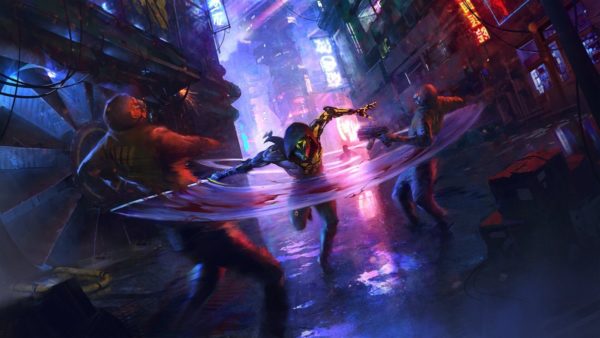 One More Level, the studio behind the upcoming title Ghostrunner,  says the development team is excited to be given “more and more” power to create new and unique ideas; ideas that aren’t possible on the current-gen hardware.

Sony’s PS5 and Microsoft’s Xbox Series X are set to launch later this year. Both companies are gradually sharing more information about the upcoming consoles as we move closer to their Q4 launch.

Microsoft’s console brings an 8x Zen 2 Cores at 3.8GHz 7nm, 12TFLOPs GPU using 52CUs at 1.825Ghz, and a custom RDNA 2.  Its 16GB  GDDR6 memory will allow creators to craft never before possible experiences on consoles. However, this generation’s most talked-about features are SSDs. Superfast SSDs used in PS5 and Xbox Series X will allow faster load-times and for developers, that opens up new possibilities.

It’s a great feeling to be able to see what we can achieve as developers, being given more and more power to bring our ideas into life. And, of course, it’s also great for us as gamers – awaiting new installments of the beloved franchises, as they move towards new standards, as well as discovering what original ideas await us in the future, says Ghostrunner writer Jan Gąsior.

Over at Sony’s camp, plans to discuss more in-depth details of PS5’s hardware aren’t yet finalized. We heard plenty about its new 3D Audio technology, which is fascinating, to say the least, but Sony is yet to really dive into the nitty-gritty. Multiple reports highlight the possibility of a mid-May reveal of PS5’s design, future games, and release date. A recent rumor “confirmed” Horizon Zero Dawn 2 as a PS5 exclusive.