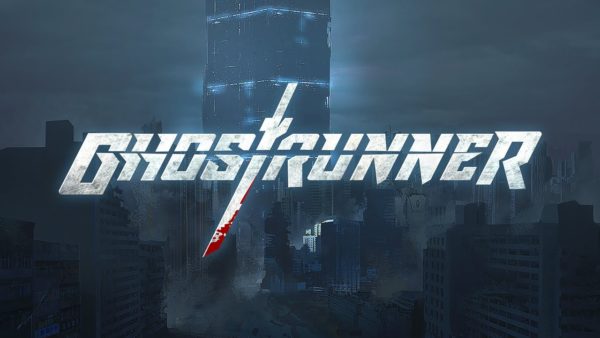 Ghostrunner is a new action game from One More Level. The game was revealed last year alongside intense action-packed gameplay. Looking at the gameplay one instantly thinks of games like Mirror’s Edge, Titanfall, and Dishonored and as confirmed by One More Level itself, Ghostrunner is actually inspired by all of them.

You are a superpowered cyborg in Ghostrunner who can parkour the shit out of its surroundings. You use an electro-grapple and a laser sword that can one-shot everything that moves. And that’s pretty much the gameplay premise, the player is able to one-shot everything which is a unique gameplay design mixed with fast-paced wall-running, slow-motion dodging, dash, and slash body dismemberment. After reading about it in PlayStation Magazine last month, we got in touch with Ghostrunner developer One More Level, and the team was kind enough to share more about it with us.

Jake: When I first read about Ghostrunner and then saw its gameplay demos, I immediately felt like it’s a mix of Titanfall, Cyberpunk, Dishonored, and Mirror’s Edge but everything’s on steroids. Would that be an accurate way to describe your game?

Jan Gąsior (writer): Partially. Let me discuss each of these separately. Titanfall was definitely a huge inspiration, no question about that. Some elements of the gameplay will feel familiar, although their context is entirely different. Bringing a katana to a gunfight mixes things up. The comparison with Mirror’s Edge is inevitable, and fair, although we put much more focus on fighting. Mobility is mainly a tool that you can use, means to an end. The game certainly has some platforming challenges, but most of the time you use your agility as a weapon.

When it comes to Cyberpunk I think a lot of people associate the whole genre with that particular game. This is not surprising, but it is a bit limiting. Our particular brand of cyberpunk is much more grim, dark, and gloomy than the one in Cyberpunk. You could even say, we’re going for post-apocalyptic cyberpunk, or even fancier, postcyberpunk (yes, it’s a thing). That being said, we are inspired by many ‘classical’ works of the genre, like Matrix, Bladerunner, Battle Angel Alita and many, many others.

As for Dishonored, I guess it’s a bit of a false lead. Many people are instantly reminded of it, seeing Ghostrunner’s reveal trailer, but it’s got more to do with both of them using FPP and featuring swords, than with actual gameplay similarities. Let’s put it this way: in Ghostrunner you play as a ninja-like character, but it’s not the sneaky kind. It’s the badass kind. 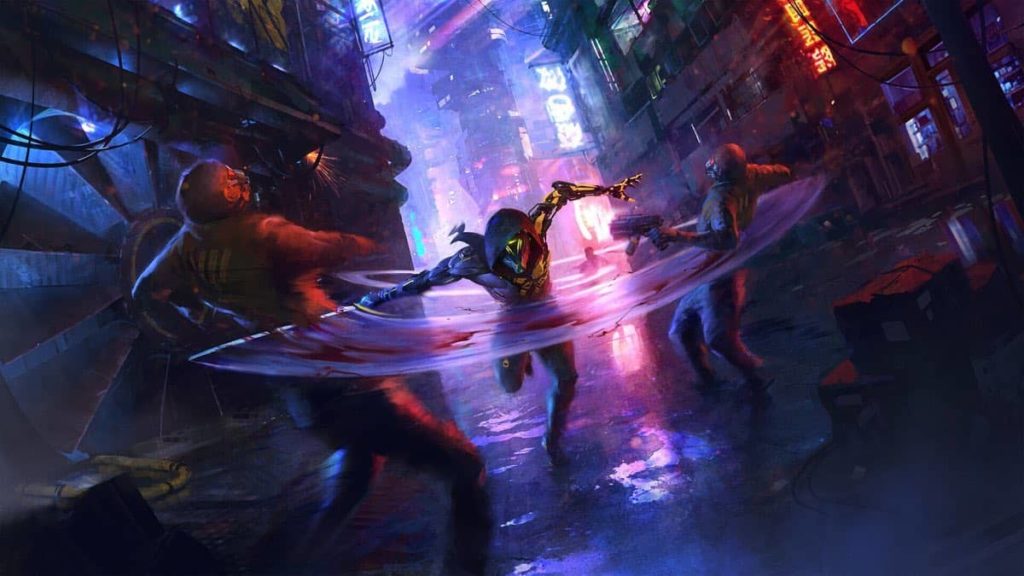 Jake: I would like to know a bit more about the combat system. Most enemies I saw would either one-shot the player or the player one-shot’s them. This is a bit of a concern since it can become repetitive really fast, are you at all worried about this? One would want a challenge and right now the level traversal seems to be the only challenge, not the enemies. I’m just going by that one level we saw months ago.

Jan Gąsior: That’s right, one-hit-one-kill is the core of the game mechanics, and it works both ways. I can say from my own experience though, that the game offers plenty of challenges. Granted, it’s not difficult killing an enemy that goes down after one blow, but surviving long enough to deliver that blow, or getting in melee range for that matter, is a whole different story. Combat encounters often play out like puzzles, where you need to figure out exactly which enemy to attack first, how to avoid taking fire from their companions, which special skill to use to maximize chances of survival etc. In Ghostrunner we took the idea of a glass cannon and pushed it to the extreme. That being said, a lot of the game’s variety comes from the enemies. The basic pistol-wielders from the level you’ve seen, are just a warm-up, there’s plenty more waiting on the way to the upper levels of the Tower. Each enemy has a different form of attack and unique weak spots, each one also synergizes with the others in a distinct way. Learning how to best counter each type of enemy is going to be a crucial part of the game, and learning how to deal with their combinations will be a long (but fun) process.

For me, playing Ghostrunner is all about trial and error, and the fact how little death costs you (thanks to the quick respawn and frequent checkpoints it’s mere seconds of gameplay), makes repeated approaches to any given encounter an exhilarating exercise, rather than a chore.

Jake: Are there boss fights in Ghostrunner? If so, how do you plan to balance them considering how the minions can one-shot the player.

Jan Gąsior: As you can imagine, designing a boss fight with the gameplay principles we’d adopted was not a straightforward task. But yes, there are bosses in Ghostrunner. They’re not your usual bullet sponges though. These encounters put some caveats on the core mechanics, but they don’t change the rules of the game on you. I can’t go into much detail at this point, but I think players craving for memorable fights won’t be disappointed.

Jan Gąsior: I’d say it plays equally good with both. A lot of playtesting is done with controllers, which certainly feel a natural choice for an action game with mostly close combat attacks, but personally I stick to keyboard and mouse combo, and I’ve never felt it to be inferior.

I think it’s important to remember, that the core gameplay revolves around movement. The special abilities are used sparingly, as a “precision tool”, and you’re never required to input a lot of different commands in rapid succession (at which keyboard controls could struggle). Long story short, I’m positive Ghostrunner is a kind of game that will have you fighting the bad guys, not the controls. No matter what form of input you choose.

Jake: Ghostrunner looks like a speed runner’s dream so would you consider ever adding speedrunning mode?

Jan Gąsior: Yes, we’re aware of the potential and we’re looking into implementing solutions that will best suit the needs of speedrunning enthusiasts. In fact, we’re inclined to reach out to certain speedrunners and consult them on how to best go about make Ghostrunner as runner-friendly as possible.

Jake: How long does it take to complete the story mode?

Jan Gąsior: We estimate the standard playthrough to take about 5-10h. Of course, it can vary greatly, depending on how quickly you can master the fundamentals of staying alive. Also, there’ll be plenty of replayability with collectibles, alternate builds and strategies, and a new game plus mode.

Jake: You guys have been silent since 2019 so I hope the recent COVID-19 situation didn’t affect your release schedule. How are you guys handling the game’s development in a pandemic?

Jan Gąsior: Surprisingly well, I’d say. It took a bit of adjusting, but we’ve switched to the remote mode pretty quickly, and it feels quite natural now. Of course, it’s a complication, but we’re working hard to make sure it doesn’t affect our schedule or the quality of our game, and I dare say we’re doing a good job.

Jan Gąsior: I can’t really reveal too much about that, but “pretty soon” sounds just about right. Probably sooner than you’d expect.

Jake: It’s a little off topic but I would love to know what you think of PS5 and Xbox Series X?

Jan Gąsior: I’m really excited for the new generation. It’s a great feeling to be able to see what we can achieve as developers, being given more and more power to bring our ideas into life. And, of course, it’s also great for us as gamers – awaiting new installments of the beloved franchises, as they move towards new standards, as well as discovering what original ideas await us in the future. At One More Level we might deal in the grim picture of the future, working on Ghostrunner’s futuristic setting every day, but when it comes to real-life technological advancement – we’re psyched.

One More Level just now released a demo for Ghostrunner. You can download the play the free demo via Steam. The game is slated for a 2020 release.