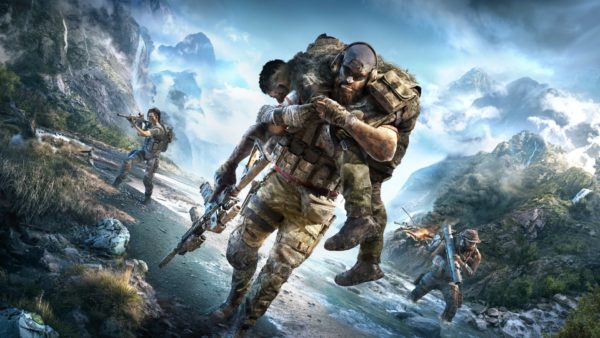 Ghost Recon Breakpoint PC players are facing errors and issues like random crashes, no audio, stuttering, low FPS, and more. Here I have compiled a list of errors that players are experiencing with the game along with their fixes and workarounds.

The following are the Ghost Recon Breakpoint errors along with their possible fixes and workarounds.

Players are reporting that when they start Ghost Recon Breakpoint, all they get is a black screen while the audio is playing in the background. This is a simple issue of the game setting a higher default resolution than your native display resolution.

To fix this, start the game and when the black screen appears, press “ALT + Enter”. The game will go into the windowed mode and will start to display. Now go to the video setting and set the proper resolution for Ghost Recon Breakpoint and you’ll be able to play it in fullscreen.

Players have reported that Ghost Recon Breakpoint is crashing randomly while playing even though they have high-end systems. The game is mostly crashing for those who are running the game on an overclocked GPU.

If you don’t want to mess with your GPU or don’t know how to revert back then you can fix this crash issue by locking the game at 30 FPS. You can just simply lock Ghost Recon Breakpoint at 30 FPS from the in-game menu.

However, for some the in-game 30 FPS limiter will create micro-stuttering. For those players, instead of using in-game FPS limiter, open Nvidia Control panel > Manage 3D Settings > Program Settings.

Select the game from the list and set vertical sync to “AdaptiveHalf Refresh Rate”. Apply the change, start the game and disable Vertical sync in-game and the game will be locked at 30 FPS with any kind of micro stuttering. However, this will only work if you have set your monitor refresh rate to 60 Hz.

Given that it locks the FPS at your display’s half-refresh rate, if you have a 120 Hz monitor, it’ll lock it at 60. So make sure, the game is running at 60 Hz when applying half-refresh rate.

This is a tricky one, players are unable to change their resolution as it’s greyed out. While Ubisoft is looking into the issue, at the time of writing, the only workaround to this problem is to play in Windowed Mode and even then you will have two only two options.

Players are reporting that when they try to play Ghost Recon Breakpoint it just crashes. There could be multiple reasons for this issue and here are the fixes and workarounds.

Some players who played the beta for Ghost Recon Breakpoint are facing this crash at launch issue. To fix this, go to the game’s install folder and delete the “DataPC_TGT_WorldMap.forge”. Start the game and it should be running fine.

If you are part of the Windows Insider program, that can also cause the game to crash at launch. Opt-out of the program and the issue will be fixed.

Another reason for Ghost Recon Breakpoint Crashing at startup could be the game doesn’t have administrative rights. Go to the install folder, right-click on the games exe, select properties, go to the compatibility tab, and check “Run this program as an administrator”. Apply the changes and the issue will be resolved.

Third-party Monitoring software like MSI Afterburner or GeForce Experience could also be the culprit behind these crashes at launch. Diable them and the game should start.

If you have disabled MSI Afterburner and Ghost Recon Breakpoint persists on crashing at launch, then follow the instructions below.

Ghost Recon Breakpoint isn’t exactly a well-optimized game. With the game having 100% CPU usage among other issues, it can cause stuttering and Low FPS while playing. Here are a few things that will help you eliminate stuttering and will possibly give you an FPS boost.

One thing that is causing the stuttering issue with Ghost Recon Breakpoint is a having a different resolution in-game then your desktop resolution. make sure both resolutions are the same.

Also, install the latest GPU drivers as they bring game-specific optimizations, Open Task Manager and make sure there is no process that is using too much of your HDD or CPU.

If the CPU usage is above 25%, then find the process using the CPU and terminate it if you can. If your CPU usage is between 10-25% then it’s normal.

According to players, they are getting no sound or partial audio while playing Ghost Recon Breakpoint. Here are the fixes for this audio issue.

Go to the game’s install folder and delete the “sounddata” folder. Verify the game files so it will download the folder again. Start the game and the audio issue should be resolved.

Another reason for the no audio or partial audio could be Windows Sonic for headphones being enabled. Right-click on the audio icon in the bottom right of the desktop, and set Spatial Sound to off.

Those using the 7.1 headphones might also face this audio bug with Ghost Recon Breakpoint. You can fix this by either changing the audio settings to stereo or switch the output to speakers in-game and the issue will be resolved.

That is all for our Ghost Recon Breakpoint fixes for errors and issues like stuttering, crash at launch, no audio, resolution not changing and more.