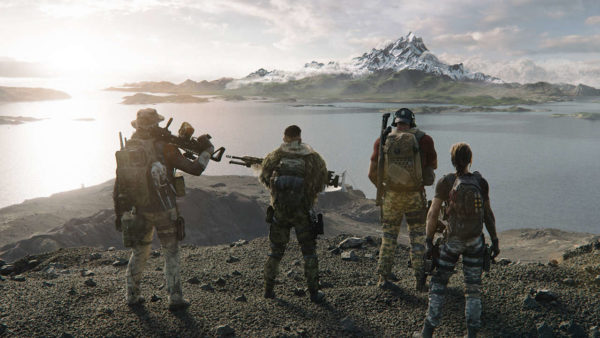 The game is currently listed for sale by a local seller from Pakistan, Rebel Tech. Since gaming products aren’t officially available in the country, all hardware and software are brought in from Dubai and parts of the Middle East. There are hardly any regulations stopping local sellers in those regions to honor the release date so pretty much all of the titles are leaked days, sometimes even weeks before. 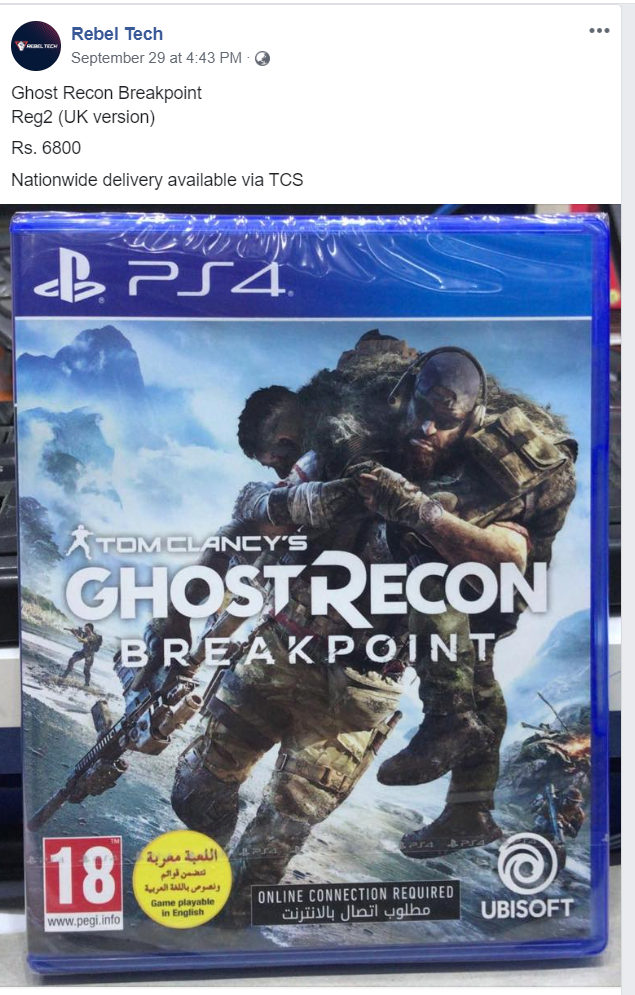 Early game leaks could lead to spoilers and other surprises being posted online. The only way to deal with this problem is stronger regulations in the Middle East and for that, publishers must work with local governments.

For all of you outside of the Middle East and Southeast Asia, the game will release on October 4 for PlayStation 4, Xbox One, and PC.

In other Breakpoint news, Ubisoft held a beta over the weekend but early impressions of the game aren’t positive.   Renowned YouTubers and publications aren’t a fan of this the new Ghost Recon.  According to  YouTuber Skill Up, Breakpoint is “a confused mess of ideas.”

Still, there is plenty to like such as its amazing open world, graphics, gunplay, and more.

All buyers who pre-ordered the base game or buys the Gold Edition can pre-load Breakpoint starting October 1.

Xbox One players will be able to download the game right now. The pre-load is available for Breakpoint Xbox One as we speak.

PlayStation 4 Breakpoint can also pre-load the game right now from PlayStation Store. Same is the case with PC Preloading from uPlay and Epic Games Store. Ubisoft is not offering Breakpoint on Steam. Xbox One preload size is 40GB plus a 13.5GB Day 1 Patch.  PlayStation 4 preload file size is 47.3GB and a 10GB day one patch.

Good news for Ghost Recon players on PC, no day 1 patch is required. Simply download 41.36GB of data and you are good to go.