Home Reviews Ghost Recon: Breakpoint Review – Is It Really That Bad? Definitely Not 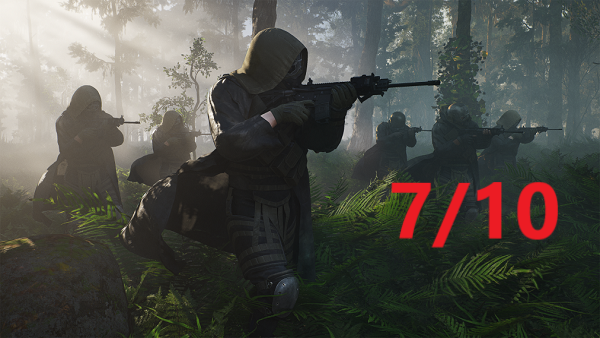 So what’s wrong with Ghost Recon: Breakpoint? Well, by this time you already know what it is.  Aggressive monetization via microtransactions, optimization issues on PC, and somewhat of a step back from Wildlands. Pretty much every review that covers that talks about this so there is no point in us pointing out the same issues so let’s focus on the things that work in favor of Breakpoint. Is this a game worth your money? What’s good about the new Ghost Recon?

One of the things I liked In Ghost Recon is the main storyline. It is exciting to be the one hunting The Punisher. Nomad, our lead character crash lands on the Aurora Island among trained rogue Ghosts who now prefer to be called Wolves. Your missions were to investigate the Island but thanks to an ambush, you’re new objective is to survive.

Fans of Ghost Recon would agree that part of what makes this franchise interesting is the setting. After Wildlands we needed something to push the boundaries of what’s possible with the setting and I am happy to report Aurora doesn’t disappoint. The lush green Island hosts deadly surprises at every turn, plus it feels much the settings feel more intense compared to Bolivia. There are drones, choppers, and enemy soldiers at every corner guarding various areas. If having open areas to explore and lush landscapes are your thing, Breakpoint is your game. Often you end up being lost in the beauty of this gorgeous Island. Without a doubt, Aurora is one of the most beautiful maps you’ll see in any video game.

The landscape is unique which makes tackling various missions much more interesting. Facing enemies on the beach, taking down choppers on the mountains, or storming a compound, every major encounter feels natural and seamless. Ubisoft did well with the game’s map and visuals.

The main storyline, while not something memorable, is still far better than Ghost Recon Wildlands; and all thanks to Jon Bernthal. His character successfully evokes the feeling of intimidation as well as hatred in the player. Cole Walker is a rogue Ghost tired of taking orders, Jon Bernthal steals the show.

The story has a strong opening, the first two hours are intense but after that things slow down until further into the game, you don’t even hear from Jon Bernthal. Still, the story was very well made and keeps you invested. What is tiresome tho is the repetitive side mission design but that’s pretty much expected from every AAA open-world game.

But Ubisoft’s new ultra-realism feature keeps even the most repetitive missions somewhat interesting. Engaging with enemies and trying to complete your mission is still as difficult as the first time, although with time you do master being a tactical killer.

It is a very unique experience to see your character react to the harsh environment.  There is great attention to detail for example, your character will raise his weapon slightly when enemies are nearby and acts more relaxed when there aren’t any around.

Speaking of weapons, developers have done a good job of making each weapon feel different. Recoil and handling of each weapon type are different and when mixed with good sound design, it really adds to the combat experience.

Combat is enhanced when you play with a team. Despite its various issues, Breakpoint is a great team-based game. Executing a sync shot is an intoxicating experience. Ubisoft made improvements to the communications system that allows players to better interact in-game. This makes it easier to be in sync when playing with mic-less strangers. Playing with a team is smooth and seamless, it is clear that Ubisoft designed this game to be played with friends.

Multiplayer is back as well with elimination and sabotage PvP modes. Ghost War PvP has shared progression which means you’ll use the same character from single-player mode. All of your weapons and gear carry over. To make sure matches aren’t dragged developers have introduced a closing circle so Wildlands issue is directly addressed here.

All in all, Ghost Recon Breakpoint is a good game and we do suggest that you give it a try.