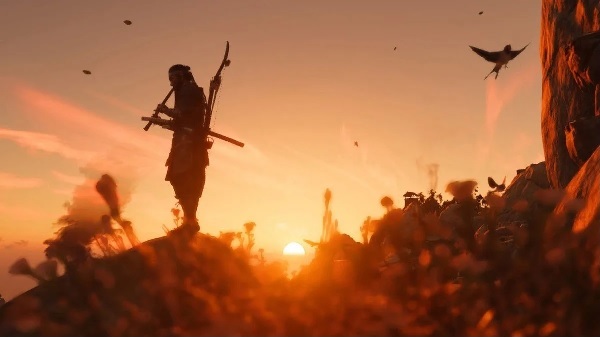 Mythic Quests are spread across the game’s world and each quest is triggered by a musician known as Yamato. Our Ghost Of Tsushima Yamato Locations Guide will help players with where to find Yamato.

Where to Find Yamato

Mythic Tales are seven quests and completing them allows players to learn new attacks and earn then new equipment. As I mentioned above, Mythic Quests are scattered across the game’s world and each of them is initiated by a musician known as Yamato.

The musician will provide context to the quest and players have to find them to start the Mythic Quest associated with them. Our Ghost Of Tsushima guide will help with Yamato locations so that players can complete these Mythic Quests.

Random NPCs can provide players with the location of the Yamato. Another way to find the Yamato is the Golden Bird. If the players are close to the Yamato, a Golden Bird will appear, follow it and it’ll lead the player to the musician.

The following are the Yamato locations so that players can trigger the Mythic Quests. I have divided the locations by region.

Players will find three Yamoto is this region and the following are their locations.

Yamato Location #1
The musician is located to the northeast of Komatsu Forge at the River Falls Bridge. This musician will trigger The Heavenly Strike Mythic Quest.

Yamato Location #2
This Yamato is located in North Tutsu in the small clearing to the south of the Rustling Bend river. Players will get to play The Legend of Tadayori Mythic Quest.

Yamato Location #3
This one is located in the northeast corner of Hiyoshi Springs. The Yamato will be on the cliff to the left of the sauna building. The Curse of Uchitsune Mythic Quests will be initiated by this musician.

This region also has three Yamato that’ll start the quests. The following are their locations.

Yamato Location #1
There is a settlement to the south of Akashima Village. The Yamato is located in the center of the settlement. This musician will start The Unbreakable Gosaku Mythic quest.

Yamato Location #2
The Yamato is located to the west of Rebel’s Last Stand. The Yamato will trigger The Spirit of Yarikawa’s Vengeance mythic quest.

Yamato Location #3
Located to the west of Umugi Cove, past the tavern. The Six Blades of Kojiro mythic quest will be initiated by this musician.

There is only one Yamato located in this location and the following is its location.

Yamato Location
To the north of the Jogaku Temple, follow the path until players come to the crossroads. The Yamato is located at the bridge to the right. The Undying Flame mythic quest will be triggered by this musician.

That is all for our Ghost Of Tsushima Yamato Locations Guide with tips on how and where to find the Yamato and which Mythic Quest they’ll trigger. For more on the game, also see our How to Get Firecrackers and How to Get More Technique Points guides.