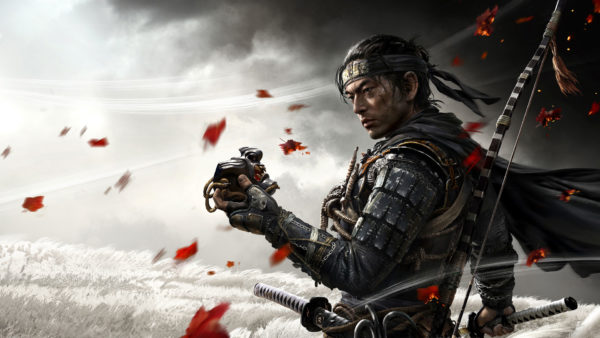 To start The Undying Flame mythic tale in Ghost of Tsushima, players first need to talk to Yamato in the Kamiagata region. Go north of the Jogaku Temple and follow the path until players come to a crossroads. Yamato will be on the bridge to the right.

Talk to the musician and he’ll explain what the quest is all about. The objective is to climb Mount Jogaku and find the meteorite.

Before starting the Mount Jogaku climb, players need to be prepared, and here is what they need to do to successfully climb the mountain.

The weather on the mountain is very cold and will cause Jin to lose health. To survive the cold, players need to spend time near a campfire and quickly run to the nest one.

If players have unlocked, the Charm of Okuninushi will be very helpful as it restores health out of combat. However, it won’t help which Jin is in the cold, it’ll restore health if players are near the campfire. Along your way, enemies will attack. if defeating them takes long then just run back to the last campfire.

With that out of the way, it’s time to climb Mount Jogaku. Follow the marker to the base of the mountain. Climb the wall immediately in front of you and then scale the ledges.

Players will come across a campfire and from this point forward Jin will take damage from the cold weather. When ready, go ahead and glib the edges to a top[ bridge. Cross the bridge and kill the wolves on the other side.

Go straight and scale the ledges in front of you and then follow the edge to the right to a campfire. Once warmed up, move along with the cliff, kill the wolf and then jump over the gap. Use the Iron hook to climb up the other side.

To the side of the mountain will be a half-buried corpse and the cliff next to it climbable. Climb up and run to the next campfire. Go left from here and kill the wolves ahead. Climb the ledges ahead and then climb the wall to a muddy slope. Up the slope is a campfire.

Talk or don’t talk to the samurai near the campfire, doesn’t make a difference. Go left from here and take the path between to rock cliffs. Follow the path until you come across two more rock cliffs covered in foliage.

Go to the mountain to the left and climb the ledge. Walk across the gap using the tightrope. Leap to the right and grab a branch and then pull yourself up. Use the iron hook to cross the gap to another unlit campfire. Ignite the campfire and warm up.

Go straight ahead and there will be a body and next to it will be a wall. Climb the all using Iron hook then climb up using handholds. There will be a gap between the path to the right. Jump the gap and once you are up there will be stone stairs. Go up and players will find the Mount Jogaku Dojo and will meet the Bettomaru.

Bettomaru will ask Jin to go to a small rock, which is part of the original meteorite. Pick up the rock when you are ready to fight Bettomaru. He is a tough opponent as he unleashes a string of unblockable attacks.

This will force players to play defensively. Use the Stone Stance and stick with it. However, players can part and block most of Bettomaru’s normal attacks. So try to parry his attacks and hit him with counterattacks.

Deal enough damage and he’ll sheath his sword and then pull it out. This time the sword will be on fire and Bettomaru will be more aggressive. His normal attacks will become unblockable and can’t be parried.

Just keep your distance and dodge his attacks until his sword goes back to normal. If he hits you with a sword still on fire, Jin will catch fire. Double-tap circle button to extinguish the fire.

When Bettomaru’s health is down by a third, follow the prompt of the screen and press R1 to light your sword on fire. Jin has now learned the Way of the Flame fighting technique. Now player attacks will become unblockable and will inflict more damage. Be aggressive as long as your sword is one fire.

In this boss fight, players can light their sword as many times as they want. However, that’s not the case on normal gameplay. From this point forward, the boss fight will become easy. Players will eventually defeat Bettomaru.

Now descend the mountain to the point where you started climbing. From there, follow the path to Yamato and end the mythic tale.

That is all for our Ghost of Tsushima The Undying Flame Mythic Tale Guide with tips on how to beat Bettomaru and how to learn the Way of the Flame fighting technique. For more on the game, also see our General Temuge Boss Fight Guide and How to Earn More Stance Points by Observing Enemy Leaders Guide.