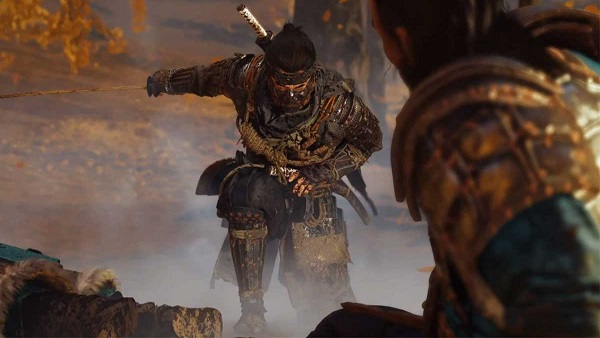 Using your resolve effectively in Ghost of Tsushima can make or break a battle. It lets you execute a wide range of techniques and can also be used as a survivability tool. This guide will help you learn everything you need to know about resolve, building it up, and using it during combat in Ghost of Tsushima.

Your resolve is a powerful tool at your disposal in Ghost of Tsushima. You can use it to either execute powerful techniques or simply restore HP, making it highly situational. On HUD, your resolve is denoted by small, yellow circles over your HP bar on the bottom-left corner.

With enough resolve at your disposal, you can simply press L1 + R1 in order to consume 3 stacks of resolve and restore some HP, making it an incredibly useful surviving tool in difficult combat situations. Techniques, on the other hand, require different amount of resolve. Since some techniques in the game let you hit multiple foes simultaneously, it’s always better to make the most out of your techniques to keep your resolve topped up.

The most important thing, however, is knowing how to earn resolve. There are a few different ways of doing that – all of which are explained below:

How to Increase Resolve?

Almost everything you do in the game provides you with some resolve. Let’s break down these things one by one:

Defeating Enemies
Starting with the most obvious one: killing enemies provide you with one stack of resolve per enemy defeated. Since you’ll spend most of your time in the game fighting foes, you’ll have no concerns over running out of resolve every now and then.

Parrying
Performing parries in the game also provides you with stacks of resolve. To do so, however, you’ll need to execute frame-perfect parries. In order to perform a parry, you’ll need to press L1 as soon as you notice that an enemy’s attack is about to hit you. Successfully doing so will negate any damage the attack otherwise would’ve inflicted and you’ll receive some resolve as a reward.

Initiating Standoffs
Standoff is another interesting combat maneuver in Ghost of Tsushima. What it basically does is that it lets you challenge foes to a one on one combat duel. However, sometimes, you’ll have more than one enemy in a standoff. If such a situation ever arises and you manage to defeat them all, you’ll earn a massive amount of resolve from a single standoff. To learn more about the mechanics, be sure to check out our detailed standoffs guide.