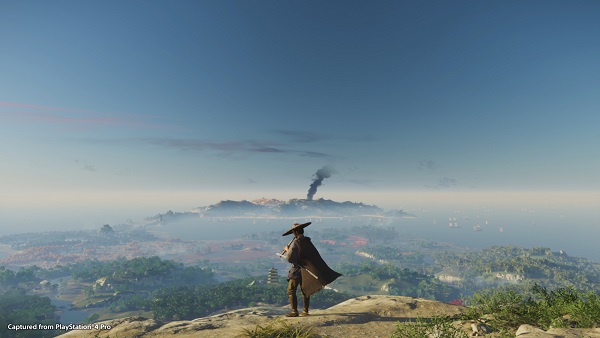 The best way of finding these Lighthouses on your own is by liberating Mongol-controlled territories. Doing so should mark all the collectibles on the map as ‘?’. Once you’ve found a Lighthouse, you’ll need to climb to the very top and light it to add it to your collection. As for your reward, you’ll receive a small boost in your Legend level for finding them.

Lighthouse #1 – Tsutsu, Izuhara
Automatically acquired during ‘The Tale of Ryuzo’ during the first act of the game. You can’t miss it.

Lighthouse #2 – Akashima, Toyotama
Similar to the first one, this one is also automatically ignited during ‘A New Horizon’ during the second act of the game.

Lighthouse #3 – Ariake, Izuhara
You’ll need to head over to the Golden Forest in order to find this one. You should be able to locate it during ‘The Traitor’ optional mission.

Lighthouse #4 – Komoda, Izuhara
To find this one, you need to head over to Saicho’s Point toward the north side of First General’s Field.

Lighthouse #5 – Kubara, Toyotama
This one is located toward the southeast edge of Yamabushi’s Peak.

Lighthouse #6 – Sago, Kamigata
You’ll need to head over to Sibling Bay, found toward the southwest edge of Fort Kaminodake.

Lighthouse #7 – Kin, Kamigata
This one is located on the southeast edge of Iwai Village – a little toward the eastern edge of the Endless Forest.

Lighthouse #8 – Jogaku, Kamigata
To light the final lighthouse in the game, you’ll need to head over to the south side of Cape Izumo – it should be in the peninsula.