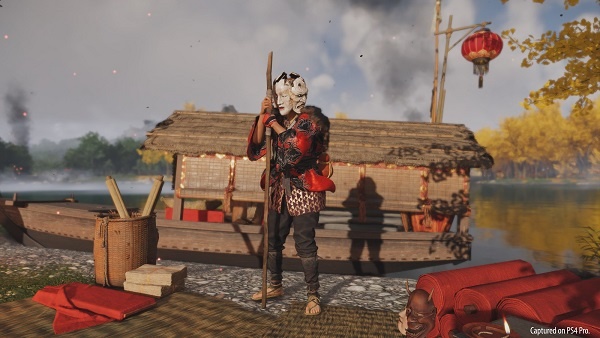 As I mentioned above, there are 4 new classes in Ghost of Tsushima Legends.

Samurai is one of the new playable classes in Ghost of Tsushima Legends. In addition to class techniques and abilities, there are perks available to further customize your character. Samurai class abilities, techniques, and perks are:

Hachiman’s Fury (Ultimate): Perform a series of lightning-fast strikes against a group of enemies.

Legendary: Increase the number of legendary items you can equip by 1.

Eye of Uchitsune (Ultimate): Target 3 enemies and fire a guaranteed headshot at each target.

Staggering Arrow: Fire an arrow that stuns enemies in a small area.

Explosive Arrow: Fire an Arrow that explodes after a short delay.

Executioner: Increase Headshot damage by 50% for targets within 12 meters.

Scent of Blood: Increase draw and reload speed by 100$ for 30 seconds after attempting an assassination.

Resupply: Refill 30% of all ammo types.

Pinpoint: Body shots with the bow have a 50% chance to deal headshot damage.

Legendary: Increases the number of legendary items you can carry.

Spirit Animal: Summon a friendly dog companion for a short amount of time.

Healing Incense: Deploy a small pot of incense that heals nearby allies.

Soothing Breath: Breath of Izanami now also applies a heal over time on all players for 8 seconds.

Legendary: Increases the number of legendary items you can equip by 1.

Shadow Strike (Ultimate): Enter the shadows and strike enemies from a distance.

Toxic Vanish: Vanish in a cloud of poison smoke that deals Stagger damage to nearby enemies.

Group Vanish: Vanish along with nearby allies.

Light Step: You are silent when running.

Legendary: Increases the number of legendary items you can equip by 1.