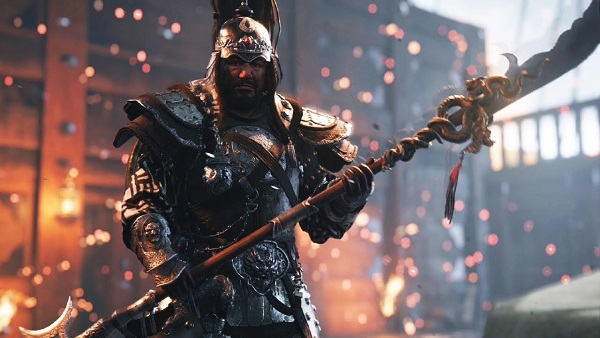 By the time you reach Khotun Khan, you should’ve a pretty good understanding of how to win duels. After the fight starts, you’ll need to watch out for Khan’s unblockable attacks – these are marked by a red glow and can only be dodged. As for other attacks, try to perfect parry/dodge them if you can. Remember that Khan’s attacks have decent range and hit in a wide arc.

Continue to play the fight as normal and you’ll eventually have to chase Khan while going through his army. Keep at it and you’ll confront him on a boat where you’ll once again have to deal with Khan’s men but this time he’ll join in as well. We highly recommend using arrows and barrels on the boat to deal massive damage to enemies surrounding Khan.

You should also consider defeating the lesser enemies in order to earn resolve and restore your HP. Another good idea is to deal with archers at the earliest. Relying on stealth isn’t a bad idea either. You can throw smoke bombs to get a quick moment of respite or to land a surprise attack on Khan.

After a while, you’ll enter the final phase of the fight. During the final phase, you’ll have to rely on using all the different combat stances that you’ve mastered thus far. After dealing with different enemies, you’ll be able to focus on your attention on the final boss. Sadly or luckily (depending on your perspective) nothing much should change during the final phase. You’ll still need to dodge unblockables and parry the normal attacks to defeat Khotun Khan and bring the Mongol invasion to an end.