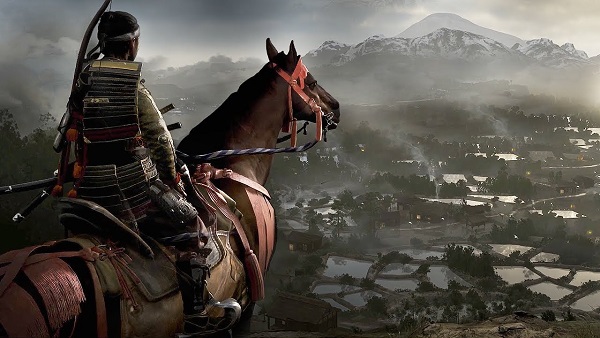 You need to find 10 hidden altars in Ghost of Tsushima to unlock the “Honor of the Unseen” trophy. There are actually more than 10 altars but only need to find 10 to unlock the trophy and attain 100% completion status. Once you’ve found an altar, swipe the touchpad down to honor it. In this guide, we’ve detailed the locations of all hidden altars in Ghost of Tsushima.

With the exception of a few, hidden altars aren’t too difficult to find. Sometimes, you’ll see a signpost of someone bowing – this indicates the presence of a hidden altar nearby. The following are the locations of all the altars in Ghost of Tsushima:

Hidden Altar #1
It’s located in the field of purple flowers in Houren’s Pasture, Ariake Prefecture – pretty hard to miss during the Mythic Tale named “The Legend of Tadayori”.

Hidden Altar #2
You need to head to the southeast edge of Brown River Gorge and northwest of Cloud Pass to come across an old cemetery with another altar.

Hidden Altar #3
This one is on the docks in Kishi Fishing village – on the west of Jade Hills, Hiyoshi Prefecture.

Hidden Altar #4
You need to travel to Kashine Hills and look for a tree amidst red flowers – the altar should be right next to the tree.

Hidden Altar #5
To find this one, you need to head over to the southwest edge of Yoichi’s Slope and look for it amidst some bamboos.

Hidden Altar #6
This one is also located on docks but on the west side of Old Kanazawa Marsh. There should be a couple of people fishing in the area.

Hidden Altar #7
You need to head toward the south of Old Kanazawa Marsh to find the altar in an open area.

Hidden Altar #8
You need to travel to southwest side of Lady Sanjo’s bridge and find it near docks.

Hidden Altar #9
Travel to northwest of Omi Lake and southwest of Kubara Forest to come across docks with the next hidden altar in Ghost of Tsushima.

Hidden Altar #10
This one is on the southwest of Omi Lake – yes, on docks again.