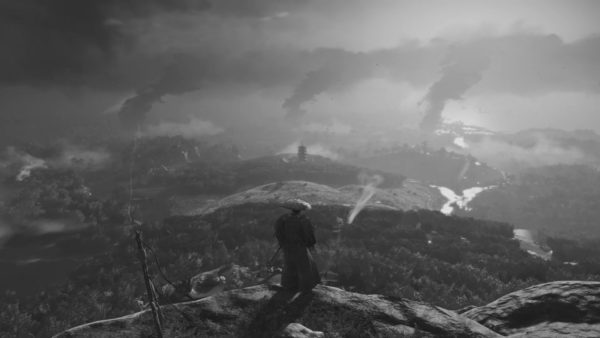 The PS4 exclusive role-playing game, Ghost of Tsushima gives players a choice to change the way it ends. In this guide, we will explain all the endings and choices available in Ghost of Tsushima. We will also discuss if choices made throughout the game affect the ending in any way.

It goes without saying that this page has significant spoilers. It features details of some of the most important story aspects of Ghost of Tsushima.

Ghost of Tsushima Endings and Choices

Sucker Punch has done an amazing job with the plot of Ghost of Tsushima. However, even though this is an RPG there aren’t any real choices available that change the way how things end. Throughout the game, players will come across many characters with independent dialogue options.

You can ignore all side quests and the story will still end the same way. The only choice that matters comes at the ending of Ghost of Tsushima. In the final quest, The Tale of Lord Shimura, the player will choose the endings. Jin will come face to face with Lord Shimura and once you are able to defeat him, it up to you if he lives or dies.

After the dual ends Shimura will ask you to kill him. He wants Jin to end his life so if you want to kill Shimura, press L2 and then press X to confirm the kill. This will give you an ending in which Shimura dies and Jin walks away, leaving Shimura’s dead body behind.

The second ending is where you spare Shimura in Ghost of Tsushima. Press R2 and then press X to confirm sparing his life. Jin will spare Shimura and walks away. After you kill or spare Shimura, you will enter the endgame. You are able to explore the world after the story ends. All optional activities are available so you can finish the side quests. Both endings will unlock the Mono No Aware trophy.

How to Get Both Endings in Ghost of Tsushima 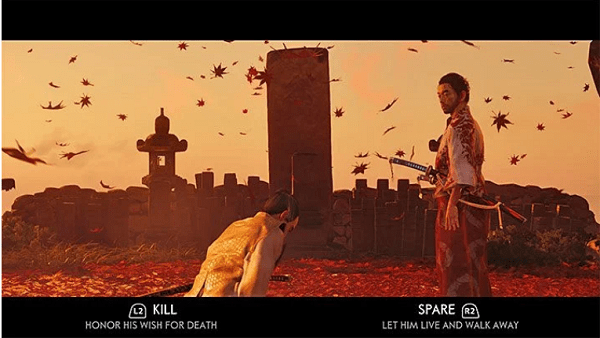 There is a way to see both endings if you want to. When the game gives you the choice to kill or spare him, pause the game, and save manually. Now you can both kill and spare Shimura at the same time by loading back to this save point.