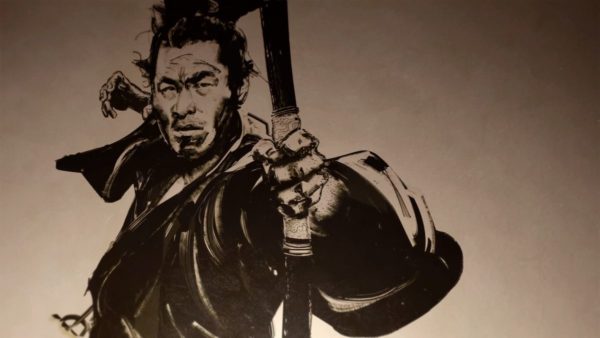 To start this mythic quest, players first need to talk to the Yamato who is located in the northeast corner of Hiyoshi Springs on the cliff to the left of the sauna building. Talk to him he’ll tell you what the quest is all about.

Blue hydrangeas will lead players to a crack that’ll let them enter. Examine the shrine and players will get a picture of Uchitsune’s Island which is their next target. Go back the way you came from and follow the path and a cutscene will play.

The search area is huge but there are only two islands and the Northernmost one is Uchitsune’s Island. The island will be covered in blue hydrangeas. Go to the north side of the bay that’ll lead players to the beach and then players need to cross sandbanks and shallow water to reach the island itself.

There will be a cave entrance in with a target to practice archery. Search around it for the next clue which is a mountain split into two halves, Uchitsune’s Mountain. As players leave the cave, the monk will appear again.

Uchitsune’s Mountain is in the Hiyoshi region, west of Hiyoshi Springs. The easiest way to find the mountain is to go to the very center of the search circle and then head south until players find blue hydrangeas near a fork in the road.

Follow the path to a temple. Go to the big lantern at the edge and search its base. Players will find the Uchitsune’s Longbow. The Tengu Monk will appear gains and players have to defeat him.

How To Beat Tengu Monk

Tengu Monk will overwhelm players with a string of attacks and here is how to defeat him. Don’t try to block his attacks and only dodge and parry as the Monk will quickly overwhelm Jin.

The Stone stance is recommended here and keep it throughout the fight. The Unyielding Sword Parry will be most useful here as this technique makes most of Tengu Monk’s attacks parryable which will leave him open to counterattacks.

In case, players have unlocked the Heavenly Strike, use that to deplete Tengu Monk’s defense. Once his defense is worn out, follow it up with attacks to deal massive damage. When the Tengu Monk sheaths his sword, back away from him as far away as possible as he is about to unleash an unblockable attack. Stick with these techniques and strategies and eventually, players will defeat Tengu Monk.

Now the Uchitsune’s Longbow is in Jin’s possession and players can use it whenever they want.

That is all for our Ghost of Tsushima The Curse of Uchitsune Mythic Quest Guide with tips on how to get the Uchitsune’s Longbow and how to defeat the Tengu Monk. For more on the game, also see our Black and White Dye Merchant Locations and Best and Worst Armor Sets Guides.