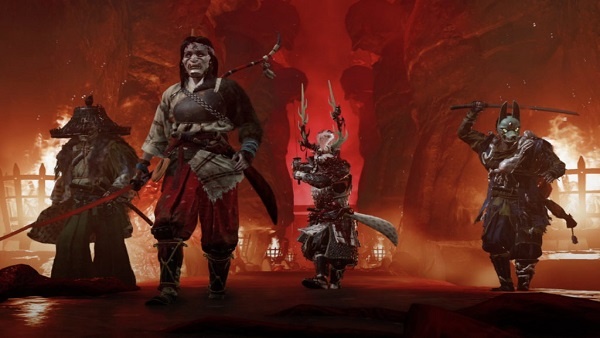 With the release of the latest update, Ghost of Tsushima Legends, the game gets some amazing new content that revolves around the following classes.

These are brand new classes added with Ghost of Tsushima Legends. To play each of the four classes you need to unlock them first. Classes are unlocked at every 7th rank which means a new class is unlocked at levels 8, 16, and 24.

If you are looking for something that is easy to understand and the all-around best class, Samurai should be your go-to class in Ghost of Tsushima Legends. Samurai comes with the abilities that heal and attack right from the get-go, unlike other classes in Legends. One of its abilities, the Hachiman’s Fury, let’s assassinate three enemies at a time. Meanwhile, the Spirit Pull ability lets the Samurai Siphon health from enemies, their health goes down and Samurai’s goes up. Samurai class is the best for solo as well as team matches.

Hunter is for those who like to play in a team. However, solo warriors can use this class as well without issue. The Hunter class is basically the sniper class in Ghost of Tsushima Legends. Hunters have ranged attacks such as The Eye of Uchitsune which kills three targets similar to Samurai’s ultimate ability.

Aiming might be an issue for some players which means some skill is required to play with the Hunter class in Ghost of Tsushima Legends. If you are good with a bow and arrow, Hunter is the best class for you.

Ronin class should the second class that you should unlock. It is a great pick for team players as it helps you heal and revive teammates. Ronin is pretty close to Samurai due to its attack and healing abilities. But the biggest difference is that Ronin’s best abilities take some time to unlock.

The Soothing Breath ability heals very well but it takes some time to unlock. Ronin’s Ultimate is the Breath of Izanami which revives all downed allies immediately. If you spend enough time playing Ronin, you can unlock its most effective abilities to make this class even better than Samurai.

Based on the information above you can easily figure out which are the best classes in Ghost of Tsushima. Choosing the right class gives you an edge in battle.