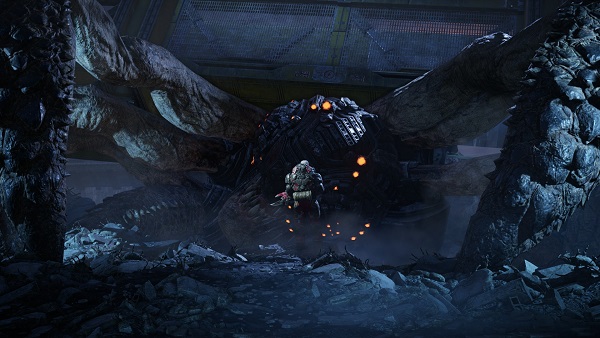 Action Points in Gears Tactics are everything. You can use them to move your soldiers, fire, use skills, use the overwatch mode, etc. Since every in-game action is tied to having Action Points, it does not hurt to have a whole lot of them.

The more APs you have, the more you are able to do and the better are your chances of winning. In this Gears Tactics Guide, we will walk you through earning more Action Points in the game.

Arguably the best and probably the only way of earning more APs in Gears Tactics is by performing executions. Executions in Gears Tactics are brutal finishing moves that you can perform on a downed enemy (the one on knees).

Execution is a free action and you should be able to perform one after closing in on an enemy with a skull on top.

Performing a successful execution rewards everyone in your team with an additional Action Point – except to the soldier performing the execution. Do note that you can use executions combined with the overwatch mode to create a chain and reward your team with a whole lot of APs.

However, it is important to bear in mind that the APs earned through executions are only viable for the current turn, therefore, reload your weapons, fire, relocate, etc. in that turn.

I would also advise against using an execution on a single enemy if it leaves your soldier out in the open without any sort of cover.

To learn more about how to execute enemies in Gears Tactics, check our detailed guide.

Lastly, there are some skills on every class’s disposal that increases the number of Action Points earned from different actions. The following is a quick rundown of them:

This is all we have got in earning more Action Points in Gears Tactics. For more help on the game, you can check out our Gears Tactics wiki page.