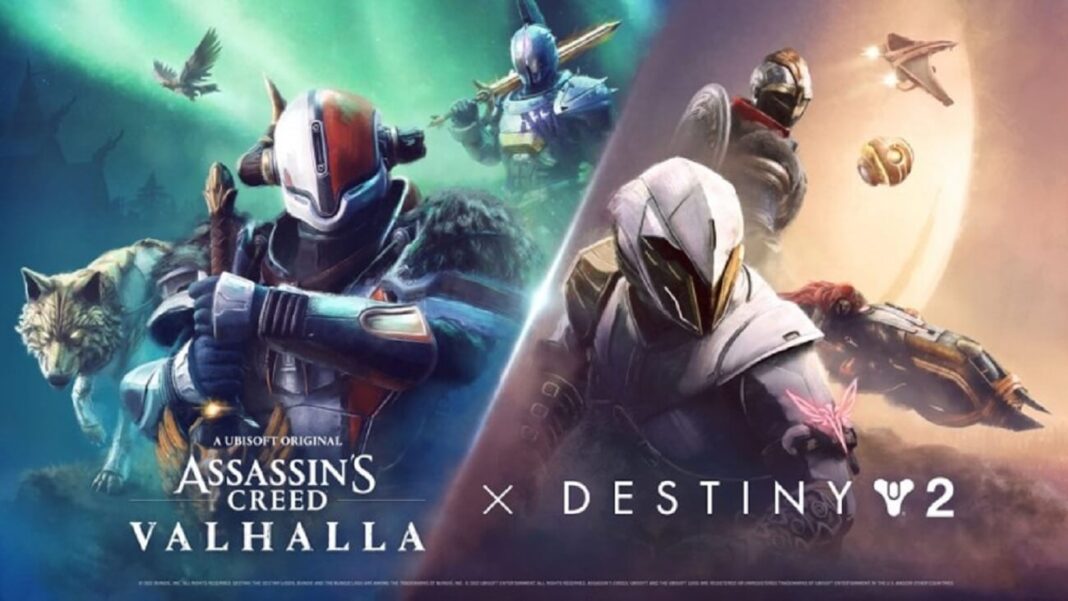 Getting Assassin’s Creed Cosmetics In Destiny 2

AC-themed items will be available in Destiny 2 with the launch of the new season on December 6th. Players will have access to Assassin’s Creed-themed ship, a sparrow, a ghost, a finisher cosmetic, and 3 armor ornament sets. Once the new season is live, you can head to the Eververse store and check out the new cosmetic items.

Since these items are available at the Eververse store you will be able to buy them in the form of bundles or packs by using Silver which is a premium currency that you need to buy using real money. If previous promos are anything to go by then one of these items are going to be available for purchase each week via Birghtdust. So if you want to buy an item each week and do not want to spend real money then that is most likely going to be possible. The official Bungie Ubisoft post mentions:

As Destiny 2 begins its next Season on December 6, players will be able to visit the Eververse store to get their hands on Assassin’s Creed-themed ship, Sparrow, Ghost, and finisher cosmetics, as well as three armor ornament sets.

We will know how much each item costs as well as the price of the whole bundle once the new Destiny 2 season goes live. Which is in a few hours.

This is how you can the Assassin’s Creed cosmetic items in Destiny 2. If you are interested in learning more about the game then you can check out our Destiny 2 guides hub.