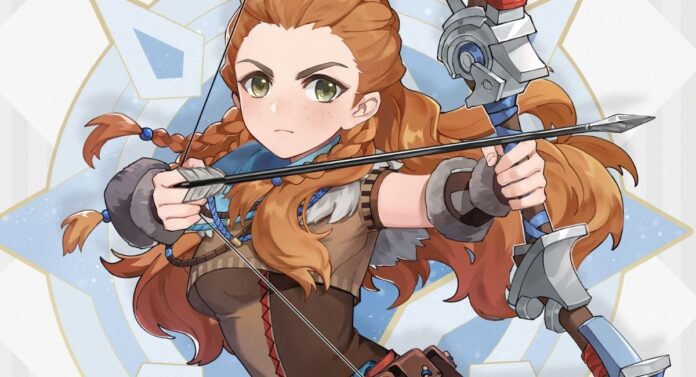 Getting the bow is pretty simple. You will be able to get it alongside Aloy when the character is released as part of update 2.1 on PS4 and PS5 or update 2.2 if you play Genshin Impact on PC or Mobile. Just be sure to be at least Adventure Rank 20 in order to be able to redeem the character and the bow in-game.

You can increase your adventure rank by completing different activities in the game such as the main missions, side missions, domains, and opening chests. The Predator Bow is not exclusive to Aloy but ti can be used on other cryo characters as well such as Diona and Ganyu.

There is a catch though, it seems that the passive perk of the bow “Strong Strike” will only be available for PlayStation players. This means that if you are playing the game on PC or Mobile then the weapon is not going to be as effective. You can check out the stats and other features of the Predator Bow below:

While the Predator Bow may seem like the best weapon for Aloy PC and Mobile players might want to settle for something better even though they are going to get the weapon for free.

Let us know what you think about the perk of the Predator Bow being PS exclusive. To learn more about the game you can check out our guide on the best build for the electro traveler.