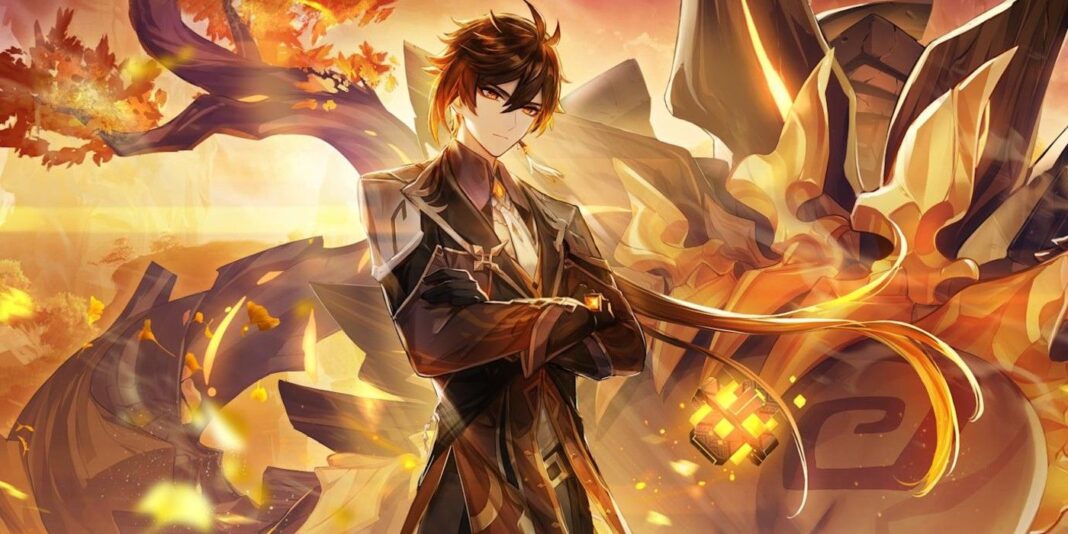 Zhongli is one of the best characters in the game because of his shield. He increases the teams survivability and can be very helpful in combat. In this Genshin Impact guide, we are going to go over the best build for Zhongli including weapons and artifacts.

In order to make the most of Zhongli, you need the right weapons and artifacts. The following is the build that we recommend for Zhongli in Genshin Impact.

Staff of Homa is the weapon of choice for Zhongli if you are going for a Geo build for burst build. It has crit damage as the bonus stat which is ideal for dealing high amounts of damage. It increases your max HP and also provides an attack buff based on character HP.

Primordial Jade Winged-Spear is a great alternative if you are going for a Geo build. It has crit rate as the bonus stat and on hit increases attack by 3.2% for 6 seconds. This can stack up to 7 times.

Deathmatch is a weapon that you can get from the battle pass. If there are 2 or more enemies around you then you get a 16% increase in attack. If there is a single enemy then attack is increased by 24%.

Prototype Starglitter has energy recharge as the bonus stat. After you use your elemental skill, your attack is increased by 8% for 12 seconds. This can stack up twice.

Skyward Spine is another great weapon if you are going for a burst build. It has energy recharge as the bonus stat. It increases crit rate by 8% and attack speed by 12%. Your normal and charged attacks with the weapon have a 50% chance of triggering a vacuum blade that deals 40% of attack as AoE damage.

Favonius Lance is also a great alternative. It has energy recharge as the bonus stat and crit hits have a 60% chance of regenerating energy.

If you are interested in a burst sub-DPS build then we recommend going with the Noblesse Oblige set. This increases Elemental Burst damage by 20% and Geo damage bonus by 15%. When you use your burst attack, all members of your party get a 20% attack buff for 12 seconds.

This is the build that we recommend for Zhongli in Genshin Impact. If you are interested in learning more then you can check out our guide on how you should build Ganyu.