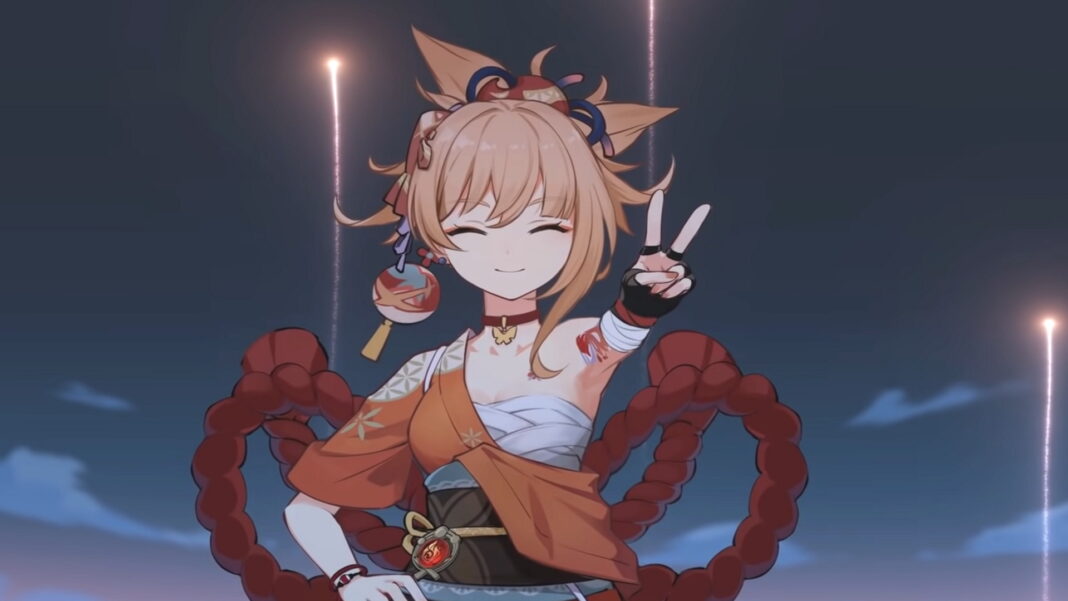 Yoimiya is the new 5-star character that has been added in the second part of Genshin Impact update 2.0. In order to make the most of the character not only do you have to level her up but you also need the right weapons and artifacts. In this Genshin Impact guide, we are going to go over the best build for Yoimiya.

The following are the weapons and artifacts that we recommend for Yoimiya in Genshin Impact:

Yoimiya is a bow user and the new Thundering Pulse bow is a good fit for her. The bow increases her attack by 20% and the sub-stat is critical damage. It will also increase the damage of her normal attacks. This is a 5-star weapon so you will have to wish on the new weapons banner and try your luck. Just be sure to select Thundering Pulse when wishing on the banner in order to have better luck.

Skyward Harp is a great alternative. It increases critical damage by 20% and has a 60% chance of doing an AoE attack that does 125% physical damage. This is also a 5-star weapon, so you can use it if you already have it.

We also recommend the new Shimenawa’s Reminiscence set. 2 pieces increase attack by 18%. With 4 pieces normal, charged, and plunge attack damage is increased by 50% for 10 seconds at the cost of 15 energy.

So you can go with the classic Crimson Witch Of Flames set for Yoimiya but I do think that the new Shimenawa’s Reminiscence is a better pick. It is going to come down to your personal preference and how you are interested in using Yoimiya.

This is the Yoimiya build that we recommend you use in Genshin Impact 2.0. To learn more about the character you can check out the materials that you need to max her talents and level her up.