Home Guides Genshin Impact We Will Be Reunited Walkthrough Guide 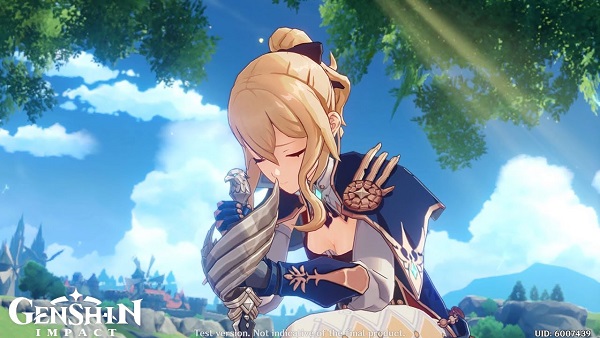 We Will be Reunited is a new questline that players can complete. The quest is the starting point of the game’s next story and can be a headscratcher at first. In this guide, we’ve detailed everything there’s to know about how to complete the We Will Be Reunited quest in Genshin Impact.

Genshin Impact We Will Be Reunited Walkthrough

Before we begin, let’s talk about acquiring the quest. In order to start the quest, players need to make sure that they’re sitting at Adventure Rank 36 or higher. In addition to this, they must’ve also completed the following quests:

Once all the pre-requisites are met, the quest will appear in the journal. After starting the quest, players will need to travel to the domain called ‘Call of the Abyss’. Inside this new domain, they’ll need to complete a couple of objectives such as defeating enemies, solving a few puzzles, avoid being trapped during the Bubble Run, and defeating the Abyss Herald. There isn’t a lot to talk about when it comes to fighting the Abyss Herald. Dodge his attack, find opportunities and keep at it. At about 50% HP, he’ll escape.

At this point, head toward Mondstadt and speak to all the NPCs in there. After that, players will need to fight a bunch of different enemies including some Abyss Mages. Once done, head toward Wolvendom for some more fights. After returning to the domain once more, players will be greeted with a slightly difficult version of Bubble Run followed by a rematch with the Abyss Herald coupled with two Abyss Mages. It’s important to deal with the Abyss Mages before anything else since they can cause a lot of trouble.

After the fight, sit back to enjoy the cutscene. Once that’s done, grab the chest in the domain before leaving. While we’re on the subject of chests, there are two that can be found during the Bubble Run at the final safe zone. And there’s another one inside the room with an inverted Statue of the Seven.

That’s it for our We Will Be Reunited walkthrough guide for Genshin Impact. Feel free to check out our detailed Genshin Impact wiki guides for more help on the game.