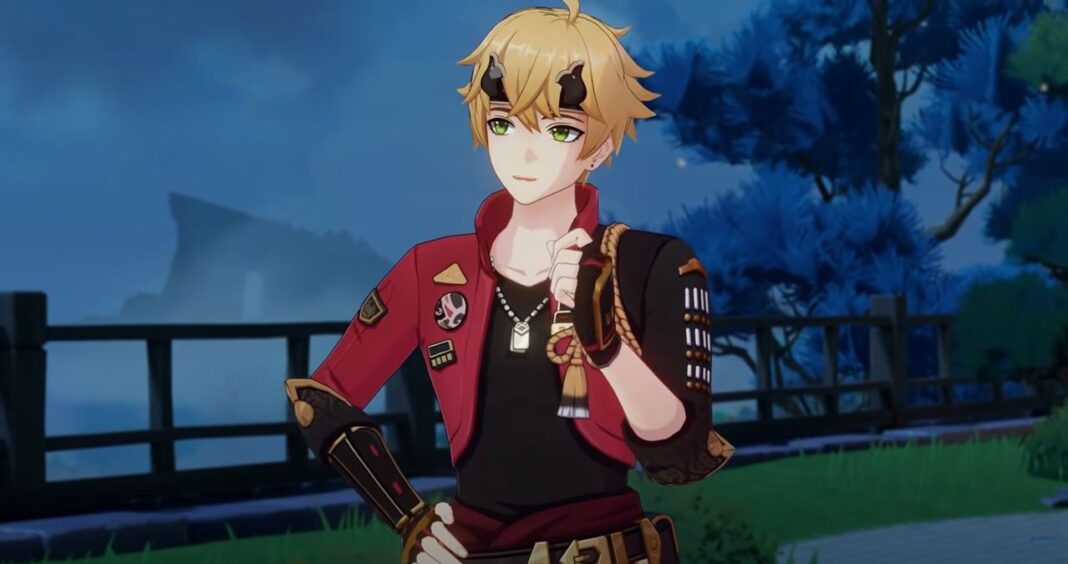 Thoma is the new 4-star Pyro character that has been added to Genshin Impact in the second half of update 2.2. In order to make the most of the character, you are going to need the right artifacts and weapon. In this Genshin Impact guide, we are going to go over the best build for Thoma, including weapons and artifacts.

The following are the weapons and artifact sets that we can recommend for Thoma in Genshin Impact:

If you are going for a pyro Sub-DPS build then we can recommend the Staff of Homa. This is on the weapons banner at the same time that Thoma is available for grabs plus this weapon is great for Hu Tao as well. So if you do not have it then you might want to wish on the weapons banner and try your luck at getting it. It has crit damage as the bonus stat, which is great for dealing high amounts of damage. It increases your Hp by 20% and increases your attack depending on your max health.

Skyward Spine is another 5-star weapon that we can recommend. It has energy recharge as the bonus stat but its perk increases your crit rate by 8% and normal attack speed by 12%. Your normal and charged attacks that land, have a 50% chance to trigger a vacuum blade that does 40% of attack as damage in a small area of effect. This can only happen once every 2 seconds.

Engulfing Lightning is another great weapon that we can recommend. It has energy recharge as the bonus stat and it increases attack by 20% of your energy recharge, over the base 100%. You can get a max bonus of 80% in this way. Furthermore, it gives you a 30% energy recharge buff for 12 seconds when you use your elemental burst attack.

If you would rather not spend Primogems on the weapons banner then we can recommend The Catch. It has energy recharge as the bonus stat and increases elemental burst damage by 16% and elemental crit rate by 6%.

If you are a low-spender and buy the battle pass then we can also recommend getting Deathmatch. This has crit rate as the bonus stat and increases attack and defense by 16% when there are at least 2 enemies near you. If there are fewer than 2 enemies then your attack is increased by 24%.

We can recommend using the Emblem of Severed Fate set. This increases energy recharge by 20% and it increases elemental burst damage by 25% of energy recharge. You can get a maximum of 75% damage bonus this way.

Alternatively, you can also use a combination of 2-piece Noblesse Oblige and 2-piece Crimson Witch of Flames. This will give you an elemental burst damage buff of 20% and increase your pyro damage by 15%. Either way, you should have attack on the feather, HP on the flower, HP% or attack on the sands, pyro damage bonus on the goblet and crit rate or crit damage on the hat.

This is the build that we recommend for Thoma in Genshin Impact. If you are interested in learning more then you can check out our guide on the best build for Hu Tao.