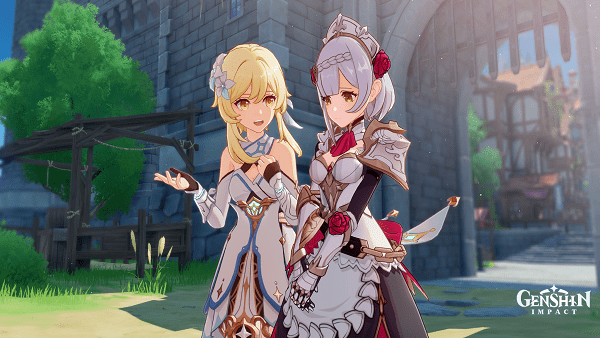 Genshin Impact is a wonderful and a heart capturing game ever since it has been released, and has been receiving massive positive feedback from players all over the world. This game has got an edge over other games due to its multiplayer provision. Victory is defined by the talent in Genshin Impact and you receive Mora for most of the challenges you complete. This is a guide on how to collect Mora fast in the game.

There are a lot of ways to earn Mora in Genshin Impact, these include Killing mobs, opening treasure chests, going on Expeditions, or complete Spiral Abyss challenges. ReNow, if you want to farm the maximum amount of Mora, as you will be spending a lot of it when attempting to upgrade certain items or characters.

One of the simplest and easiest ways to obtain Mora is to find and open treasure chests ranging in their rarity: Common, Exquisite, Precious, and Luxurious. These chests are a great source for some rare items and a handful of Mora. There are a lot of treasure chests in Genshin Impact due to the open-world scene, so remember to open all of them as you go on finding the chests. These will substantially increase your Mora collection.

You can also send characters on expeditions to collect Mora. This method can reward you a decent amount of Mora, but it takes time. You can send characters on expeditions across Teyvat after reaching Adventurer’s Guild, Mondstadt. To do this, simply select the character that is not in your party, and that you are not using, then select the time slot of 4 hours, 8 hours, 12 hours, or 20 hours. The maximum time slot of 20 hours will reward you with 5,000 Mora.

You can also hunt and kill various enemies to earn Mora. This is not the easiest way to earn Mora, but it grants you a good amount of Mora each time you kill a mob. Another way to earn Mora is by completing the Spiral Abyss challenges when you have reached Adventure Rank 20. This is the most fun and interesting way to earn Mora because you will get to beat a bunch of waves of bad guys and will be rewarded in return.

Completing Adventure Book Chapters is also a fun way to earn a substantial amount of Mora, after completing certain challenges and then receiving your rewards. The Adventure Book can be accessed from the main menu.

These were some of the most effective ways to earn Mora in Genshin Impact. For more help on the game, be sure to check out our detailed Genshin Impact wiki guides.