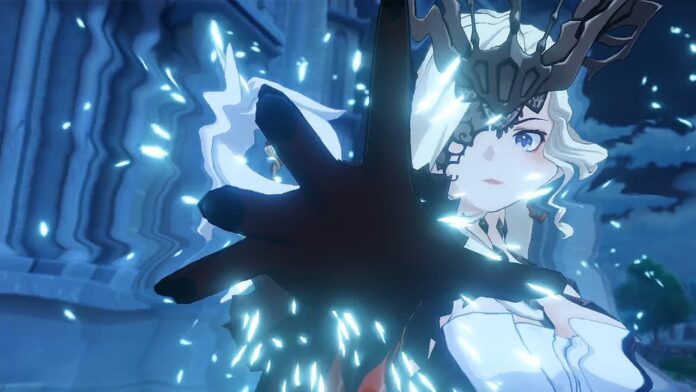 La Signora Is The Crimson Witch Of Flames Of Genshin Impact?

The La Signora has multiple phases and during the first phase, you see La Signora in her usual form. But later on, she turns into a “flame witch”. This could indicate that she is none other than the Crimson Witch Of Flames. This is an artifact set that players know about. The artifact set talks about a woman who abandons her mortal body and comes a pure flame. This could be what we are looking at here. You can check out the video of the boss fight below:

Furthermore, the Pale Flame set mentions that Pierro, the first of the Fatui Harbingers recruited a woman to join them and gave her a Cryo vision from the Tsarista. In the first phase, she does seem to use cryo elemental attacks to fight back and in the second phase, she turns into a pyro creature.

While this is not enough evidence to prove anything, all of this is unlikely to be a coincidence. Let us know what you think about this new Genshin Impact boss gameplay and whether or not you think La Signora is the Crimson Witch Of Flames. La Signora will be added as one of the weekly bosses in update 2.1.

If you are interested in learning more about the game then you can check out our ascension and talent materials guides for Yoimiya and Sayu.