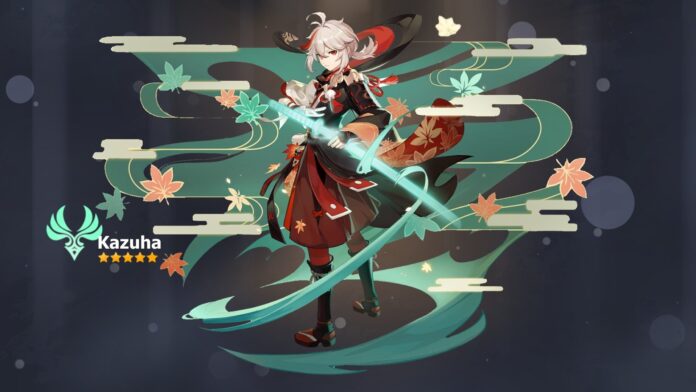 The Genshin Impact Kazuha banner characters have been confirmed and while rolling for the new shiny 5-star might seem like a no-brainer if you have the Primogems, we do have a warning for you that you need to keep in mind before you summon for him.

Why You Should Not Roll For Kazuha In Genshin Impact

Kazuha does seem like a very cool character but do note that there is an anemo buff in the Spiral Abyss right now. This means that you will see YouTube videos of Kazuha doing crazy damage when he is released. At launch, he is bound to deal a lot of damage but that is mainly due to the Spiral Abyss.

Kazuha is supposed to be a support, so his attack is not everything. He does have some mechanics and synergies that allow you to turn the tables on your enemies. All things said, we only recommend going for Kazuha if you do not have Venti or Sucrose and need an Anemo support character.

Why You Should Roll On The Kazuha Banner

While we have given you a warning against rolling for Kazuha, that does not mean that you should not roll on the banner. If you are not approaching hard pitty (90 wishes), then we do recommend getting the rest of the characters.

C2 And C4 Rosaria Are Cracked

Rosaria is a relatively new 4-star character and she is very good indeed. You might have missed her entirely on the last banner or you might need your constellations. We recommend going for C2 and C4 Rosaria. C4 Rosaria does a lot of damage, you get a longer-lasting ultimate attack and more energy recharge.

I only got a single Rosaria last time she was on the banner so I am going to be wishing for C4 Rosaria on the Kazuha banner.

Bennet Is One Of The Best Supports In Genshin Impact

Bennet is one of the best supports in the game and is actually recommended if you are interested in making the most of the Spiral Abyss. Plus you only need C1 Bennett in order to unlock most of his potential. If you do get multiple copes then just be sure not to activate his 6th constellation.

I for not do not have Bennett so rolling for him is going to be a no-brainer. Not to mention Pyro is going to go well with Cryo Rosaria. Plus everything works with Anemo (Kazuha).

This is our Kazuha banner warning that we wanted to you know before you summon for him in Genshin Impact. Do summon responsibly and remember to have fun!