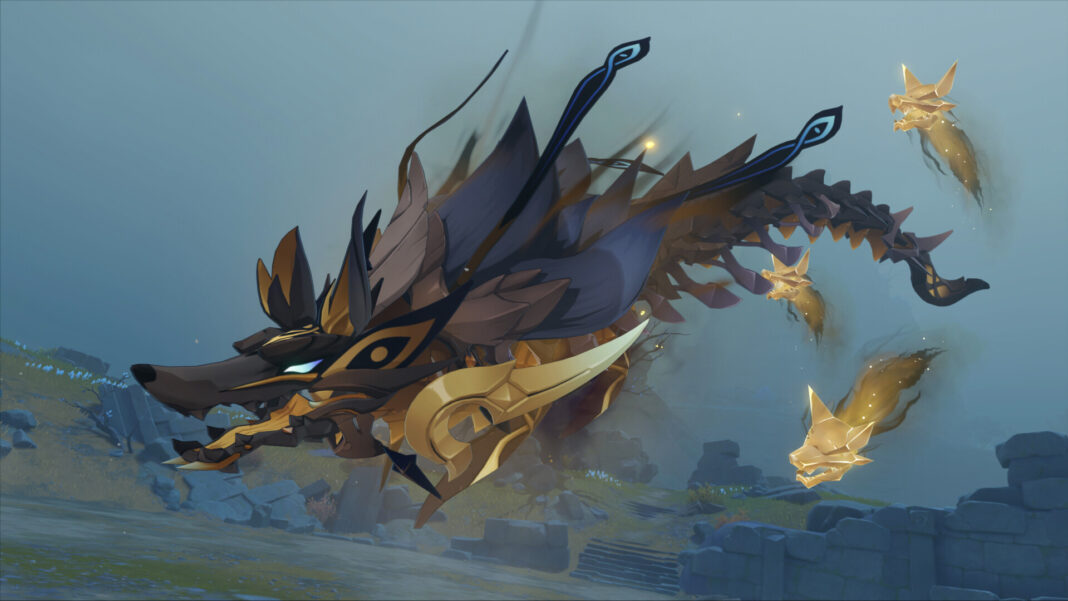 The boss can be found on the south of Tsurumi Island. There is a waypoint right next to him, so you can teleport there once you have unlocked it. This is a world boss and he respawns after a couple of minutes. You can farm the boss as much as you want and get rewards as long as you have resin.

How To Beat The Golden Wolflord Boss In Genshin Impact

The boss mostly floats around, so you are going to need a ranged unit. Ningguang is going to be very useful for this encounter. When he does drop to the ground, you can use a melee unit to deal some damage. I personally like to use Diluc but you can use any melee character that you like.

After the boss has done his tornado attack, he is going to ly on the ground and is not going to move for a couple of seconds. This is a great time to deal damage and unleash your burst abilities.

Just like other rifthound enemies, if you get hit by the boss, you will be affected by the Corrosion status effect and take damage over time. So be sure to bring healing items or healing units such as Barbara. 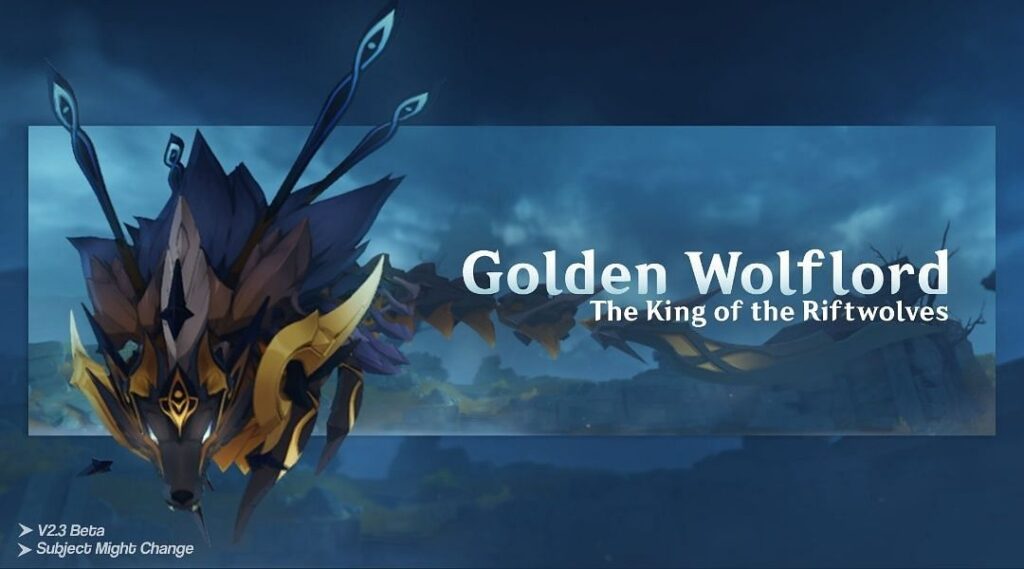 How To Break The Golden Wolflord Boss Shield

During the encounter, the boss is going to create a shield around himself and will summon wolf heads around it. You need to destroy the wolf heads in order to break the shield. Geo damage makes this much faster.

Once you have destroyed all three heads, the boss is going to become immobilized. During this time you can deal damage to the boss. Even if the boss is at half HP, you can end the battle there and then if you have high-enough DPS.

If you have Ningguang built right then you can finish off this boss fight pretty quickly. Noelle is also a good alternative. Like other bosses, bringing shielding units like Diona is going to help you survive.

This is how you can break the shield of the Golden Wolflord boss and beat him. If you are interested in learning more then you can check out our guide on what you need to level up Gorou to the max.