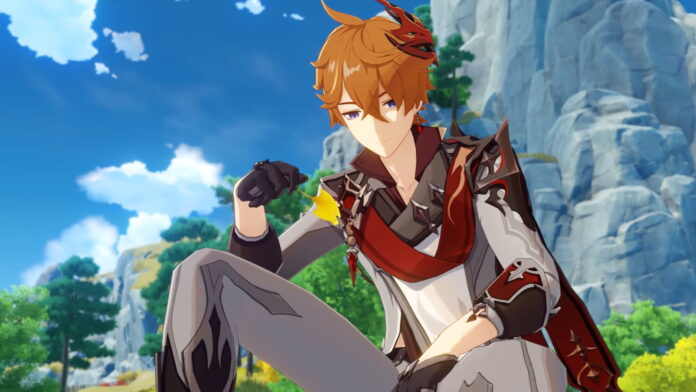 There are 8 Dragonspine Tablets in Genshin Impact. You can refer to the image below for their locations as well as read the details to further understand where to find them all.

Locate a torch that has stone ruins near it. You will find the Dragonspine Table on top of the stone ruins.

Use the Scarlett Quartz to buff your character and unlock the Statue of the Seven. Go south and look for some ruins. You will find the tablet beyond a stone archway. Use your glider to get down there.

Go around the mountain’s edge and find a circular door that has a square button on it. The door must be opened through three boxes – Scribe’s Box, Priestess Box, and the Princess Box. You can find all of them in chests found in Dragonspine.

The tablet is on top of a boulder that’s located east of a nearby waypoint. You can find the boulder by walking along the mountain path. Look for large crystal chunks in the mountains to know if you are in the right place.

Look in the stone ruins northeast of Mingyun Village. Follow the dirt path near the waypoint to reach the location. Use the Scarlett Quartz to buff up and find the tablet.

Find the ruins and complete the Scree challenge.

From the waypoint follow the path west. Look for a nearby torch.

Look west of the nearby domain.

And that’s all the Genshin Impact Dragonspine Tablet Locations.