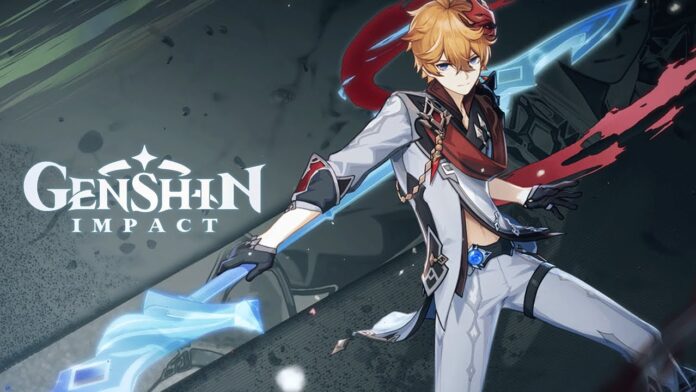 The following are the weapons and artifacts that we recommend for the build for Childe in Genshin Impact:

One of the best weapons for Childe is the Skyward Harp. The weapon has base attack as the main stat and crit rate as the secondary stat. Maxed out the base attack goes up to 674 and the crit rate is going to increase to 22.1%. The passive of the weapon increases crit damage by 20% and has a chance of dealing AoE damage.

The Viridescent Hunt is one of the best 4-star bows that you can use on Childe. The weapon has base attack as the main stat and crit rate as the secondary stat. Normal and charged attacks have a chance to generate a Cyclone that does 50% of attack as damage. These will pull enemies in as well.

Hamayumi is another great option for Childe. The weapon has attack% as the main stat and base attack as the secondary stat. The passive of the weapon increases normal and charged attack damage.

Prototype Crescent is another weapon that we can recommend for Childe in Genshin Impact. It has attack% as the main stat and base attack as the secondary stat. Hitting enemy weak points increases movements speed and attack.

Note that Sacrificial Bow and Sling Shot do not work with Childe, so you should not use them on him. Stingless is also not an option that we would recommend unless you are going for a burst support Childe.

Heart of Depth is the classic artifact set that players use on Childe. The 2 piece set is going to increase Hydro damage by 15%. The 4-piece set is going to increase normal and charged attack damage by 30% for 15 seconds after an elemental skill is used. We do recommend getting crit rate or crit damage on the mask or hat in order to maintain the 2-1 ratio and get Hydro damage bonus on the goblet.

Childe is very flexible when it comes to artifacts, so you can tweak the build. You can use 2 piece Heart of Depth with 2-piece Noblesse Oblige. This is going to increase your Hydro damage while also buffing your elemental burst damage by 20%.

This is the build that we recommend for Childe in Genshin Impact. To learn more, you can check out our build guide for Ningguang.