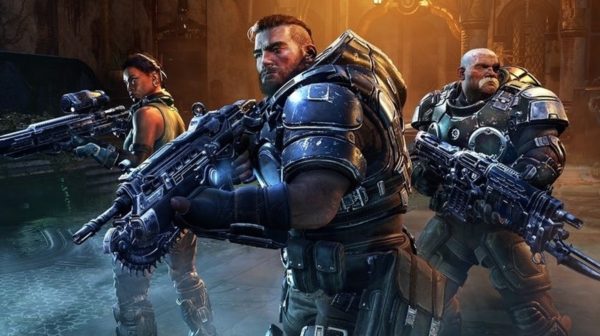 Our Gears Tactics Scout Class Guide will help players with this class’ abilities, development paths, best skill, and how to use this class efficiently.

Scout-class soldiers in the latest Gears title specialize in mobility, close-range attack, stealth. However, stealth ability is specific to this class.

Using the Stealth ability, Scout soldiers can disappear from the enemy’s vision. Not only that, these soldiers have access to the ability which lets them deal additional damage if they land a stealth attack.

This class of soldiers has four development paths or skill trees which include Raider, Recon, Slayer, and Commando.

This development path focuses on health regeneration. Players will find the Double Shot skill in this path.

This development path focuses on movement points and will find the sprint ability in this skill tree.

This development path is dedicated to stealth and killing wounded enemies.

Commando allows the Scout soldiers access to mines and grenades.

If you are using a Scout class soldier in the game then get the Double Shot skill first. This skill will increase player chances to kill powerful enemies in one attack.

Keep on improving it and the Scout soldier will increase its damage output. This skill is very useful against enemies who have high resistance to damage or even early bosses in the game.

That is all for our Gears Tactics Scout Class Guide with tips on its abilities, development paths, and best skills. For more on the game also see our Vanguard Class Guide and Enemy Units Guide.